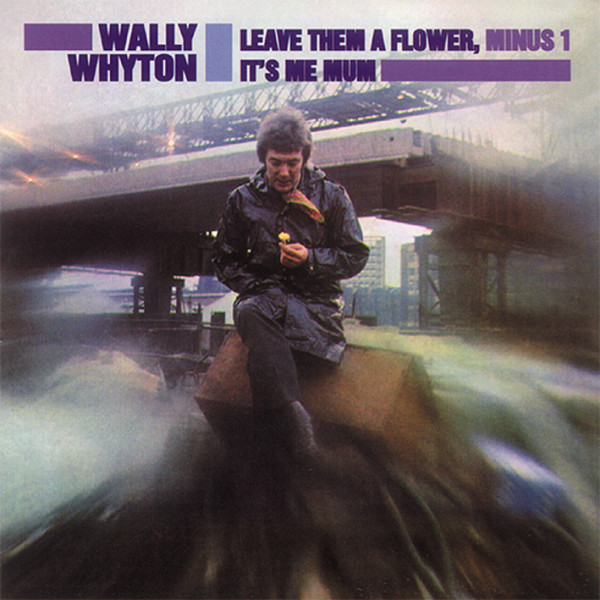 Wally Whyton: Leave Them A Flower - It's Me Mum, minus 1

Propriétés de l'article: Wally Whyton: Leave Them A Flower - It's Me Mum, minus 1 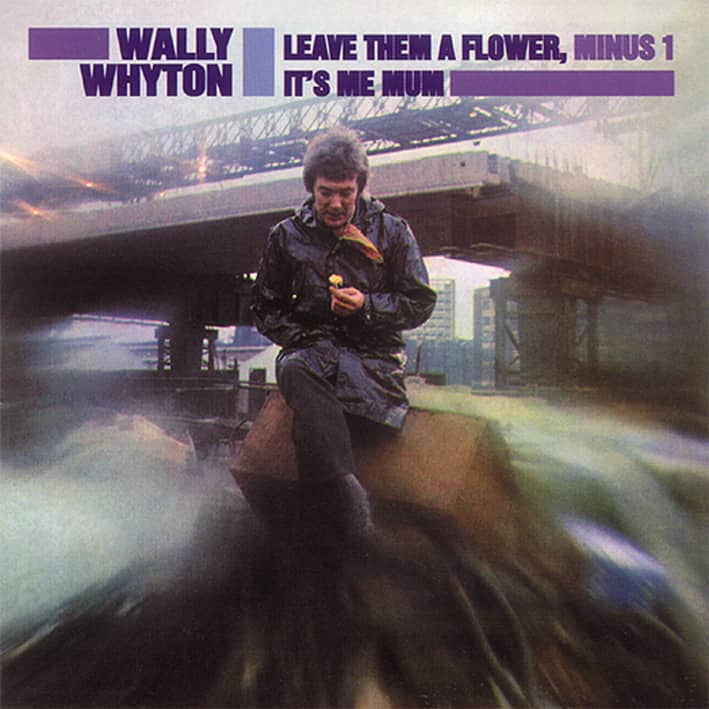 If it weren’t for Wally Whyton, I probably wouldn’t have been in country music for the past 25 years or so. In fact, when I first met him, I had nothing whatsoever to do with music or the entertainment industry at all but was working in export sales. Of course I was very well aware of him though, first having bought various Vipers’ records a decade earlier and then watching his career develop as a leading children’s television presenter (in the company of Ollie Beak and Pussycat Willum) and a major figure on the British folk music scene.

It was on October 4, 1969, that I first met Wal. It was at London’s Playhouse Theatre where ‘Country meets Folk’, that unique weekly radio show that he co-hosted with Jim Lloyd, was recorded and I was there on behalf of the BCMA (British Country Music Association) on the eve of its first ever trip to the USA. As such a trip had never been organised before - with around 80 country enthusiasts on board, and all eager to set their sights on Nashville - it was a news story that the show was interested in covering, and the BCMA landed me the job as its’ voice! So it was with awe and trepidation that I approached Wally Whyton that particular Saturday morning, not only because our two ways of life were utterly alien to each other but also because who he was. Also I had never been on radio before and, to make things worse, ‘Country Meets Folk’ was recorded before an audience. The result was a complete disaster as far as I was concerned - noticeably nervous, I stammered, got my facts wrong and, to this day, amazed how I got through the ordeal! But it was thanks to Wal. He was a great comforter and, with calming words, eased me through the experience. After it was all over he invited me to come on the show after the trip was over but, in the more immediate future, around to the pub for a pint and the chance to spend some time with the others involved with ‘Country Meet Folk’. It was the beginning of a wonderful and lasting friendship.

It was around the same time that the albums ‘It’s Me Mum’ and ‘Leave Them A Flower’ made their appearances, with the latter’s title track assuring Wal’s place in musical history books as it received international publicity as a conservation anthem. Indeed it was among the first – if not the first – of the conservation songs ever written. Now Bear Family Records has gathered together the original recordings, remastered them and slotted them on one compact disc. And what better way to remember a dear friend – as he was a dear friend (whether they had met him or not) to a multitude of record buyers, concert and television audiences, and radio listeners – than have a few of his other friends and associates recall a few memories of those days of ‘Country Meets Folk’, a programme that was more a way of life than a radio show! The comments that follow are merely the tip of the iceberg: unfortunately space does not allow for the many, many others who would have dearly loved to recall a personal memory or two.

Leave Them A Flower brings back so many happy memories of 'Country meets Folk' - in those days, would you believe - on BBC Radio 1!! The photo on the front cover of the original album, amongst all that building rubble, was taken by the construction of the flyover of the Marylebone Road across the Edgeware Road - that's a long time ago! Also in the photo is Wal's famous 'Pak-a-Mac’, which he carried with him for many a year, especially when he was off to support Arsenal, immediately after 'C.m.F.' came off the air. Wal was always

conservation minded, long before it became fashionable. In fact, at his instigation, we had a very successful Conservation Special on 'C.m.F.', when listeners sent their own compositions of conservation songs, and the guest groups and artists sang them on the show. Wal's easy manner, and amiable personality belied just how deeply he felt about people, and the mutilation of our countryside in the name of progress. Today, if my wonderful mate was still with us, he would be the number one Eco-Warrior!

So there we were on Concord (sans Euro “E”) - Wally Whyton, Brian Trubshaw and me, ‘Brock’, at a super Farnborough Air Show. We waiting for the cue for Brian Trubshaw - principal test-pilot of that magnificent and world beat aircraft - to make the opening announcement, live from the cockpit, for a very special ‘Country Meets Folk’ coming ‘live’ from a marquee in the Farnborough grounds, where the excitement was in tents at the air show!

Wally and I had about 50 seconds to exit ‘Conk’ and get on the stage in the tent, but we made it … real pro’s always do! Just one of the hundreds of happy memories of working with dear Wal over the seven and a half years of ‘Country meets Folk’ (and ‘Both Sides Now’), and all the broadcasts, tv’s and p.a.’s we did together.

Always a joy to work with … Wal, the consummate pro., was always ‘in command’ of any situation – and we sure had some hairy ones on many a live ‘CmF’. Overrunning, underrunning, artists still in the pub when they should have been in the studio – with me running over to the ‘Sherlock Holmes’ to round ‘em in, and pausing for a quick half the while, naturally, and listening to the show on the landlord’s radio to get a rough idea when I was ‘on’ again.

With producer Bill Bebb - ‘Master of Calm’ - John, Chris and Nick behind the glass (or should I say glasses), what a fab. team we had …… and the liaison between the box and the stage (don’t ask) was ‘somethin’ else’ - with Dear Wal surfing that sea of music, words and split-second timing, and never once falling off his ‘hoss’ - or even on his ass! What a fantastic achievement and, I think, a well earned and fitting tribute to my dearly loved ol’ mate and buddy Wallace Victor Whyton.

May our Dear Lord grant him a share in his eternal kingdom, and a place at the front mike in the great studio in the sky.  I will always miss him.

Wally Whyton Leave Them A Flower - It's Me Mum, minus 1
Read more at: https://www.bear-family.de/whyton-wally-leave-them-a-flower-it-s-me-mum-minus-1.html
Copyright © Bear Family Records 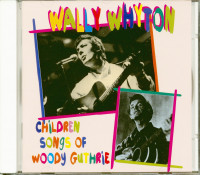