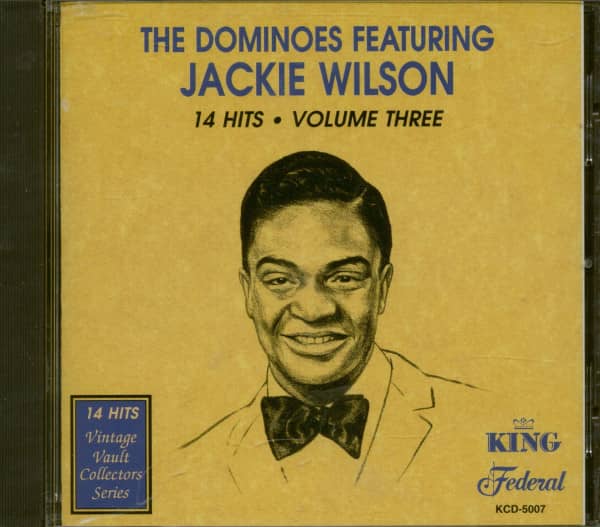 With the torrid rocker Have Mercy Baby, Clyde McPhatter unleashed every bit of gospel-derived vocal power he had at his command. Not only was it a smash for The Dominoes, sitting atop the R&B hit parade for longer than any other song of 1952, the track influenced countless young singers to come. Smokey Robinson was one.

"The first record I ever heard by them was a record called 'Have Mercy Baby.' I mean, I thought it was a woman singing the song! And I had one of these real high voices when I used to sing,” says Smokey. “Then I went to this theater in Detroit called the Broadway Capitol, and they were playing there. And I saw that it was Clyde McPhatter singing, man, and that really was inspirational to me, because I had a high voice, and the girls were going crazy over him. So Clyde McPhatter was probably like my first male idol as a singer."

Issued on Syd Nathan's Cincinnati-based Federal Records, Have Mercy Baby made it two years in a row that Billy Ward's Dominoes scored the year's biggest R&B vocal group record. The year before, it was their risqué Sixty-Minute Man with bass singer Bill Brown up front that enthralled young African-American record buyers (and more than a few white ones too; against all odds, the record charted sizably on the pop lists). But Have Mercy Baby, recorded January 28, 1952 in Cincy, was the one with the more lasting connotations, thanks to Clyde's visionary vocal. He's on fire, his fusillade of 'Yeahs!' during the wallpaper-peeling sax solo upping the excitement quotient all the more. Even before Ray Charles perfected his gospel/R&B synthesis, McPhatter was doing the same thing with The Dominoes.

Despite their mammoth success, 1952 was a year of upheaval for The Dominoes. Ward, the New York-based group's founder/pianist/composer, ran his group like a military squadron, with myriad rules and fines. Tenor Charlie White and then Brown bolted, both ending up with The Checkers. Larks bass David McNeil took Brown's place after James Van Loan, brother of The Ravens' Joe Van Loan, took over for White. But as long as Ward kept McPhatter happy, everything would be peachy.