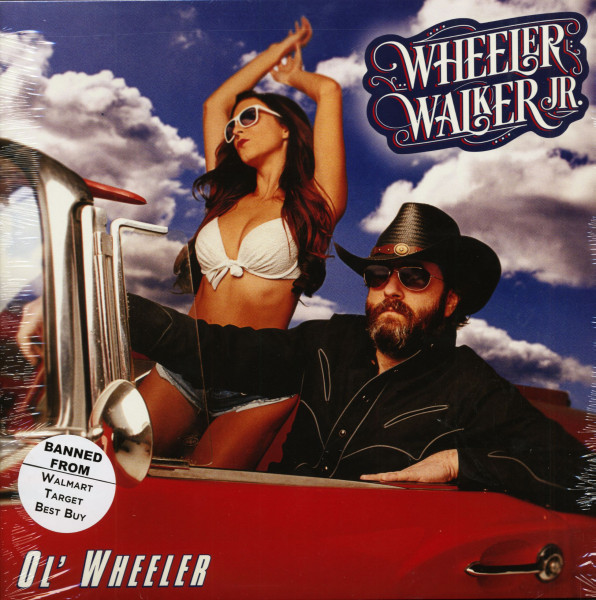 (2017/Pepper Hill) 11 tracks (33:13) Gatefold Cover
-
The biggest story of Ol' Wheeler is that everyone thought Redneck Shit was a one-note joke. But Ol' Wheeler somehow manages to be even better than it's predecessor. With more complex instrumentation - Cobb and the same backing band of session men from Redneck Shit are behind the new album - and more serious themes about life on the road and the expectations from being Nashville's enemy number one, Wheeler has turned his life into filthy art. As he recently acknowledged to Rollling Stone, Wheeler is confident that his new record will 'grab Nashville by the p.ssy.' And yes, in case you were asking,
the new album is just as dirty. But so is the world around him. And as stores and websites across the globe boycott the record, it only makes Wheeler bigger. He's bringing a hip-hop attitude to country music.
One of his friends even referred to him as 'Kanye Twitty.'