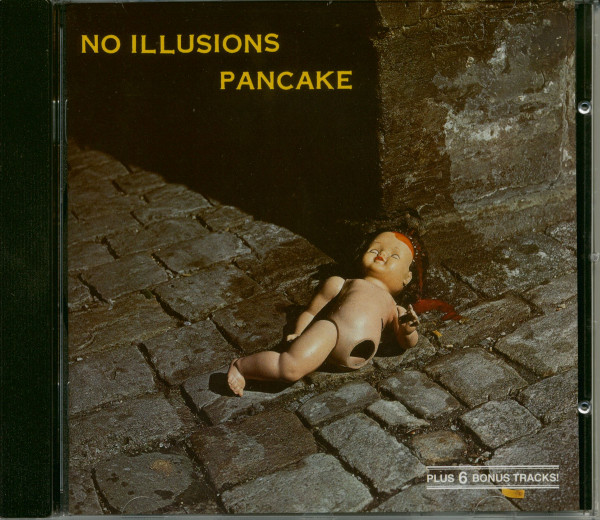 (2012/Garden Of Delights) 12 tracks.
Biggi Zmierczak (voc), Ralf Scheibe (b, voc), Uli Frank (key, voc), Walter Negele (g, voc), Hans Derer (dr, voc), + Tommy Kircher (Mellotron, key), Fritz Mahler (key) The group from Winnenden near Stuttgart started as Nyrvana Pancake and released a very good psychedelic 7“ single in 1973. In 1974, they shortened their band name into Pancake, and instead of psychedelia they now played symphonic rock. The first Pancake LP, "Roxy elephant", was released in 1975, and the second one, "Out of the ashes", appeared in 1977. The band later veered away from their symphonic style as the people lost interest in this kind of music at the time. Their third and last LP, "No illusions" from the end of 1979, is thus somewhat coarser and tougher than its two predecessors. There was now a female singer for the first time in Pancake's history, in addition to some other changes in line-up. The LP contains exclusively self-written tracks. The CD edition on Garden of Delights includes six bonus tracks.