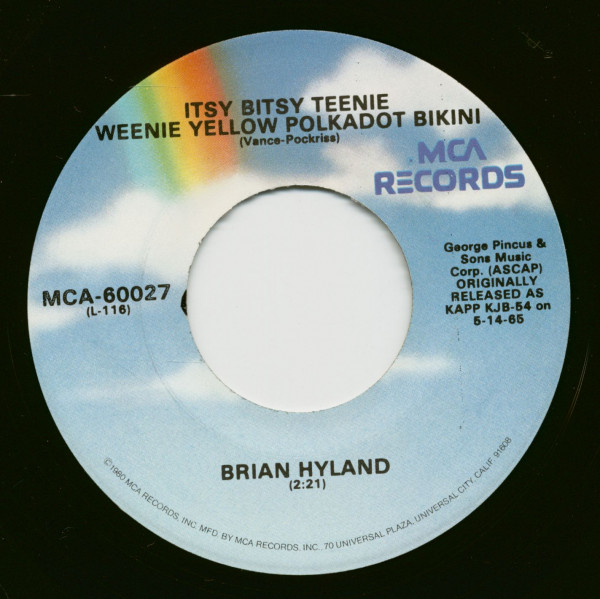 born Nov. 12, 1944, in Queens, New York, was only 15 when his recording of the Paul Vance and Lee Pockriss song, 'Itsy Bitsy Teeny Weeny Yellow Polka Dot Bikini' on Leader went to the top of the Hot Hundred. A gimmick record reminiscent of Paul Evans' Seven Little Girls', it was followed by 'Lop-Sided, Overloaded And It Wiggled When I Rode It'.

'Let Me Belong To You' was more successful a year later and in 1962 he had two straight Top Ten entries on ABC, `Ginny Come Lately' and 'Sealed With A Kiss' — a Top Ten hit again in Britain when re-issued in 1975 — both controlled exercises in teen angst. This

was the high point of Hyland's career, though he has con-tinued recording with ABC, Philips, Dot — on which he had a TopTwenty hit with the Snuff Garrett-produced and Leon Russell-arranged 'The Joker Went Wild' in 1966 — and Uni, with whom he had his last hit, 'Gypsy Woman' in 1970.