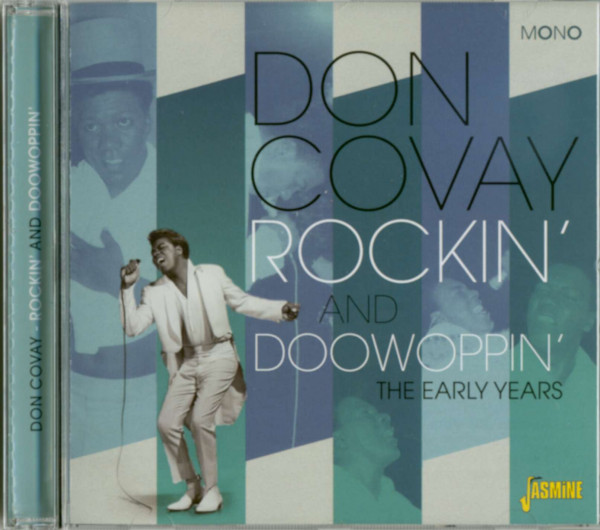 (2015 / Jasmine) 29 tracks, complete singles 1956-62, 6-page booklet with liner notes and label details. The early years of this influencial Soul star and songwriter, from Doo-Wop through Little Richard-styled power Rock'n'Roll (mostly recorded under pseudonym 'Pretty Boy') to Twist and Popcorn-Soul stuff of the early Sixties is included on the CD. Hear the original version of 'Pony Time' (written by Covay for Chubby Checker), and also his sweating version of Little Richard's 'Ooh! My Soul'! Hear the songs Covay made as Pretty Boy & The Lee Simms Orchestra, Don Covay & The Goodtimers, and with The Rainbows. Original Pilgrim, Rama, Atlantic, Big, Firefly, Blaze, Sue, Big Top, Arnold, Epic, Columbia, and Cameo recordings.

It never hurts to have the Man Upstairs as your unbilled collaborator when you're desperate for a hit. Just ask Don Covay, who claims divine intervention helped write his smash Mercy, Mercy. "God sent that one to me," he says. "I was just onstage one night. He started playing, I said, 'Man, I like that!' I started singing. The song was written."  A famous deejay's earthly advice helped too. "If it wasn't for the Magnificent Montague, I wouldn't have did 'Have Mercy,'" says Don. "He was the one that told me–-I sang one song to him. He said, 'Man, that ain't no soul. That ain't no soul. You're a soul singer, man. Do something with some soul, man!' And I started searching my heart. I said, 'I gotta come up with a hit!'"

Born in Orangeburg, South Carolina on March 24, 1938, little Don watched his older siblings' gospel group, The Cherry Keys. "My sister used to sing high, so I would try to sing 'em high like she did 'cause I wanted to sing in the group," he says. Bertha's high-flying vocals later inspired Covay's practice of double-tracking a falsetto on his records. Don's family moved to Washington, D.C., and Covay joined the doo-wopping Rainbows in his teens. They scored a 1955 East Coast hit with Mary Lee. Don went solo in '57, inspired by a flamboyant rock and roller. "I saw Little Richard, and that was the end," he says. "I came back and I put curls in my hair!" Billed as Pretty Boy and backed by Richard's Upsetters, Don's Bip Bop Bip for Atlantic was his solo debut.

There were encores for Big, Sue, and Big Top before Covay nicked the hit parade with Pony Time, his '61 dance workout for Arnold Records with his band, The Goodtimers. Chubby Checker covered it for Parkway and paced the pop charts. "I was very disappointed, 'cause Dick Clark promised to play my record, and the next thing I know he was playing Chubby Checker's."  John Hammond brought Covay onto Columbia that same year, but his main talent seemed to be writing for the likes of Hank Ballard & The Midnighters, Connie Francis, Gladys Knight & The Pips, and Jerry Butler.  He introduced another dance in '62 on Cameo with The Popeye Waddle, a song he didn't write, and scored a mild hit. "I didn't like it at all,"  he says.

Mercy, Mercy finally propelled Covay and his Goodtimers into the spotlight. Cut at Herb Abramson's A-1 Studio in Manhattan, it vaulted to #35 pop on the fledgling Atlantic-distributed Rosemart label, an enterprise of Montague's. The Rolling Stones covered it on their 'Out Of Our Heads' LP. Before long Don was on Atlantic proper, and in 1965 he headed down  to Memphis to cut another classic, See Saw, at Stax. Covay went through a blues phase towards decade's end, though he reverted to steamy soul during the '70s. A 1992 stroke slowed him down but couldn't stop him from making a new CD as the millennium turned. 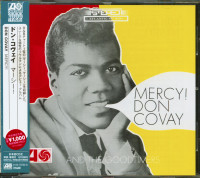 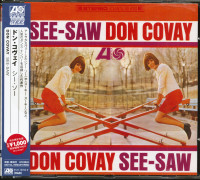