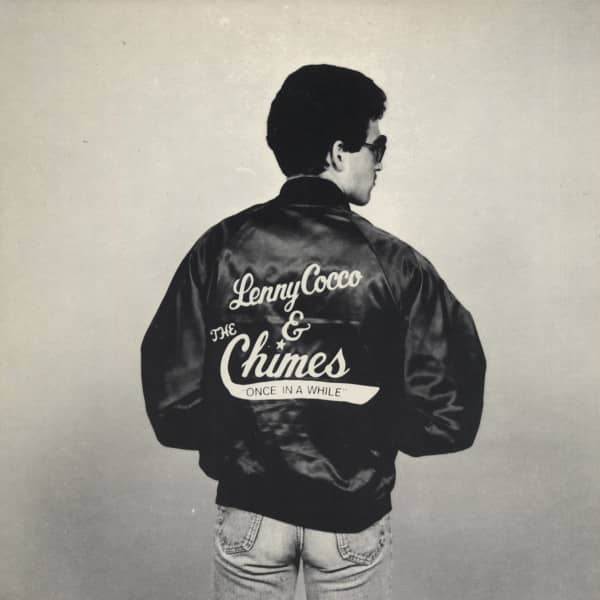 Lenny Cocco & The Chimes: Once In A While (Vinyl-LP)

Propriétés de l'article: Lenny Cocco & The Chimes: Once In A While (Vinyl-LP)

The Chimes specialized in doo-wop revivals of beloved pop standards. No wonder: lead singer Lenny Cocco's father was a professional accordion player. They formed in Brooklyn in 1957 and called themselves The Capris until learning another nearby group had the same name (they enjoyed a '61 smash with There's A Moon Out Tonight). Cocco was joined by first tenor Pat DePrisco, second tenor Ricardo Menardo, baritone Joe Croce, and bass Pat McGuire. They obviously hadn't heard of another group of Chimes that waxed Zindy Lou for L.A.-based Specialty in 1955.

Cocco reworked Once In A While, a 1937 pop smash for bandleader Tommy Dorsey, into a doo-wop ballad while rehearsing inside a Brooklyn poolroom. They entered a local studio to cut a demo in 1960; a recording engineer called Andy Leonetti, who hustled down and signed the newcomers to his fledgling Tag label. Leonetti pressed up the ballad under the slightly off-kilter title of Once In Awhile that autumn. The Chimes' debut single soared to #11 pop in early '61.

The Chimes tried the same ballad formula for their first Tag followup, reviving the 1935 evergreen I'm In The Mood For Love and scoring a #38 seller in the spring of '61. But Let's Fall In Love, their third consecutive revival of a pop oldie, didn't follow suit (its peppy flip Dream Girl might have been a better choice to plug). Neither did Cocco's violin-enriched Paradise, their Tag farewell, billed to Lenny and The Chimes. The group bounced after that from Metro (McGuire had died in an auto wreck, leaving The Chimes a foursome) to Laurie to Vee-Jay before calling it quits mid-decade. Cocco reformed the group with fresh members during the '70s and '80s and still has The Chimes working, with DePrisco as his first tenor.