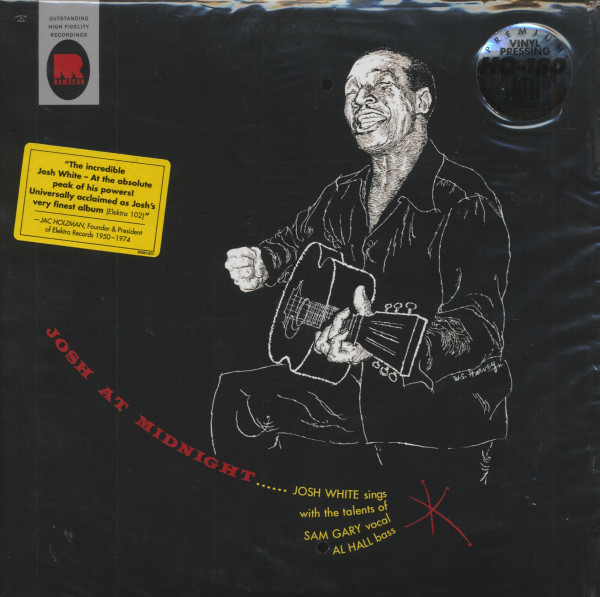 (2016/Ramseur) 12 tracks.
Recorded with a single microphone by Elektra founder Jac Holzman over two nights in a converted Manhattan church in late 1955, Josh at Midnight finds White delivering spare, impassioned performances of a dozen spirituals and blues numbers. The artist is accompanied throughout the sessions by noted jazz bassist Al Hall and baritone vocalist Sam Gary. The Josh at Midnight reissue was mastered with the participation of original producer Holzman, as well as legendary engineer Bruce Botnick and fabled mastering engineer Bernie Grundman. The Josh at Midnight reissue is a labor of love for Ramseur Records founder Dolphus Ramseur, who's been a committed White fan since childhood, when he first heard Josh at Midnight's lead track 'St. James Infirmary' on a local radio station's blues show. White's music has remained a touchstone in Ramseur's life ever since. After meeting Jac Holzman through their mutual association with the Carolina Chocolate Drops, Ramseur became determined to restore Josh at Midnight to the vinyl marketplace with the same attention to quality and detail for which Ramseur Records has become known.