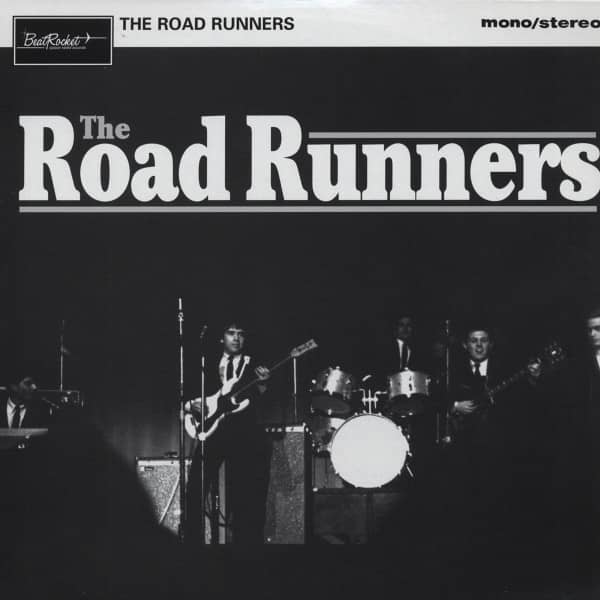 LP auf SUNDAZED RECORDS von The Roadrunners - The Road Runners 1966-67 (180g)
Limited Edition Colored Vinyl!
The haunted fuzz and ghostly Farfisa of of Fresno's the Road Runners will turn what's left of your brains to Malt-O-Meal. Results of secret marketing surveys assure us that this unreleased gem is running neck-and-neck with the Watchband, the Standells and the Music Machine in the '66 Punk Hall Of Fame Marathon!

The Roadrunners emerged from the Tenabeats in 1961. They played in the usual Liverpool clubs. Very often they also played at the Cavern, where they often performed together with the Beatles. Their repertoire was very different from that of most Liverpool groups. It went strongly in the direction of rhythm & blues and found especially great appeal in (art) student circles.
In the free advertising copy of the Star-Club News of September 1, 1964, the following can be read about R&B in general and about the Roadrunners in particular:
"A promising new style of music in this country is rhythm and blues, known in the trade as R&B. With the rise of the Rolling Stones, this music quickly found its fans here in Germany as well. Probably, it has always had its lovers , not noticed by the participants themselves. For the first interpreters of this style are Chuck Berry and Bo Diddley, the latter probably representing the R&B more pronounced in his performances. Even last year, when Bo Diddley made a guest appearance in Hamburg with his sister Duchess(e) and brother Jerome, both of whom participate in his show, his music was not well received. The old folk wisdom: 'Wat de Buer nich kennt, dat frett he nich', found renewed confirmation. In the meantime, the tide has turned. Not only in the USA and England, but also here in Germany, the colorful, lively R&B style is increasingly gaining a breakthrough. The best-known performers of the recent past, besides the Rolling Stones, are the Animals, currently top of the U.S. charts, the Nashville Teens, who not long ago accompanied Jerry Lee Lewis on his German LP (Philips) and have now also reached the English charts with 'Tobacco Road', and the Roadrunners.
Of the bands mentioned above, the Roadrunners are the only Liverpool ones. They were the only sensation to be picked out of about twenty bands that applied for a band selection by the Star Club last year. Unfortunately, the band leader Mike Hart is still studying architecture, so that the band can only guest here for a month during the semester break. At the Roadrunners' first guest appearance in December 1963, an LP was recorded live at the Star Club an hour before the band returned to England, and it only went on sale last month (Ariola 71224-JT). The quality of this record is excellent after the initial technical shortcomings of the live recordings. Every lover of R&B should listen to this recording. There will be few who leave the record store without buying it.
Many times the Star Club has had unknown bands on stage who later became famous. We never dared to predict that. Here we would like to violate our old system and claim already, The Roadrunners are one of the bands of tomorrow, from whom we will hear a lot more."
The LP mentioned above was not recorded in front of an audience. After a gig in Kiel, the group came to the Star Club at 3am and recorded the tracks. The only 'audience' was the sound engineer. The group thought the recordings were very bad and wanted to re-record them. When they wanted to discuss this with the sound engineer, he was already on his way home with the master tape under his arm.
Not only Manfred Weissleder was convinced of the future success of his new discovery. George Harrison, for example, once said of the Rolling Stones that they were almost as good as the Roadrunners.
When two saxophonists joined the Roadrunners in mid-1964, their sound took on a more soulful touch. Especially the young American John Phillips, who had been drawn to Liverpool by the success of the Beatles, was a real asset to the band. Many Star Club veterans still remember his sensational flute playing. When Phillips joined the Eyes in Hamburg, he was able to fully develop his improvisational talent and was admired by many musicians.
Unfortunately, the hoped-for success for the Roadrunners did not materialize. In mid-1965, bandleader Hart left the group and joined The Liverpool Scene. In 1969 his only solo LP was released, produced by John Peel.
With a changed line-up, the Roadrunners existed until the beginning of 1966. They continued to perform in Germany, for example in Cologne. However, they no longer made guest appearances at the Star Club. Highlights of their career were certainly their participation in the First R&B Festival at Birmingham Town Hall, which also featured The Spencer Davis Rhythm & Blues Quartet, Steampacket and the Yardbirds with Sonny Boy Williamson on February 28, 1964, as well as the fact that they were the first group to appear on the Radio Luxemburg program 'Sunday Night at the Cavern'. Incidentally, Mike Byrne, who replaced Mike Hart as singer, founded the Beatles museum 'Beatles Story' in Liverpool in the late 1980s.
© Bear Family Records® 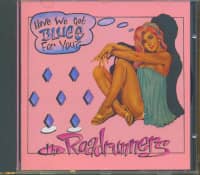