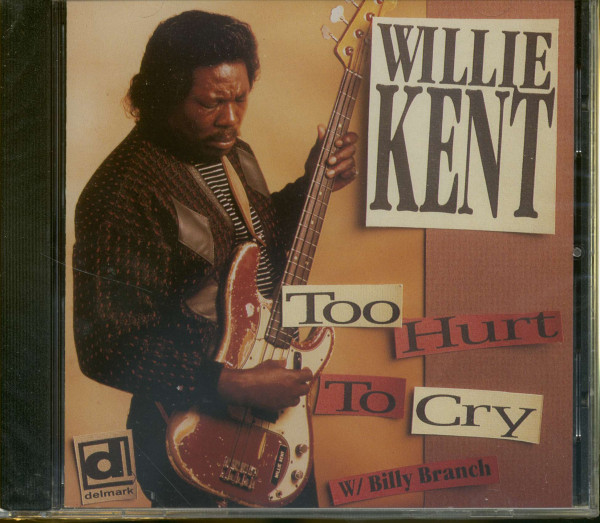 Willie Kent: Too Hurt To Cry

There is depth in Willie Kent and very soulful originality. Above all we believe Willie Kent when he sings the blues. The blues are some part of his blood and the marrow of his bones. From a boogie thing to the wild thing, there will be something on this disc to help you do your thing.

Pour en savoir plus sur Willie Kent
WILLIE KENT, vocalist and bass-play-ing bandleader. is a man who's passionate about his music.... plus
Fermer menu
"Willie Kent"

WILLIE KENT, vocalist and bass-play-ing bandleader. is a man who's passionate about his music. He has worn down his '58 Fender bass through three coats of paint, the wood showing through the red, gold and white layers most promi-nently on the curving top surface where his right forearm has polished it down in over 30 years of vigorous playing. "I got that bass about '60 or somethin' like that," says Kent. "Now I had another one that got stole from me.

But I been playin' that one for years, and I won't get rid of it." But just so you know that he really likes that bass and is not just saddled with it, Kent adds. "I got a new bass at home, but it don't play like that one." Like his venerable instrument, Kent himself is a veteran of many music campaigns and is something of a rarity for the very fact that he plays bass. In his unusual dual role as bandleader and bass player, Kent both leads his group, The Gents, and works with his musicians (especially drummer Timothy Taylor) to provide a rhythm-intensive sound that keeps any one instrument from dominating. Even during solos. the instru
mentalists stay back and play off the support of the group, providing an unusual quality to the ensemble's sound: a solid rhythm underlaying the melodic lines. In addition, Kent is known for his strong, high-ly emotive vocals, delivered with barely-restrained ardor and a commanding vocal timbre reminiscent of John Lee Hooker and Muddy Waters in their prime.

Not surprisingly. Kent, who was born in 1936 in Sunflower County, Mississippi. grew up listening to Waters and Hooker as well as to Ro-bert Nighthawk. "Big Boy" Crudup. Sonny Boy Williamson. Lonnie Johnson and others, before coming to Chicago as a teenager in the '50s. His Chicago apprenticeship was served with the Hudson brothers. Ralph and the Red Tops, Eddie Taylor and a host of West and South side blues musicians, and included long-time resi-dencies at Necktie Nate's. Ma Bea's and other Chicago clubs. Today Kent is a veteran on the Chicago scene making weekly appearances at such nightspots as Blue Chicago and B.L.U.E.S. Etcetera where Bonnie Lee. his guest vocalist on this album, regularly shares some of the singing duties.

Willie Kent is one of Chicago's great practition-ers of modern urban blues, music that is emotion-ally charged, without pretense and greatly inventive in that it successfully flirts with elements from other urban-influenced musical tangents without compromising its blues identity. In his live performances, Kent has become known for remarkable sets of ballads. boogies and shuffles—the staples of danceable, Saturday night blues. And on extended numbers, Kent will get his band into a groove thing. the guitarists working with him on a short, strutting step: back, then for-ward, their instruments leading. "If you feel good,- says Kent, "you're supposed to show somethin', you know? That's where that comes from." Willie Kent moves when he's feeling good ...shortly his band feels good. . .and then the audience feels it—appreciative listeners and mes-merized dancers, a few without discernable part-ners, some swaying. hands in air, testifying, some hunched over, eyes closed, in dancing bliss. Ain't it nice? Man, I'm tellin' you, it's sure enough nice! -JUSTIN O'BRIEN 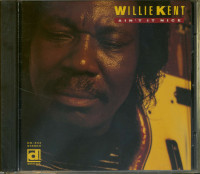