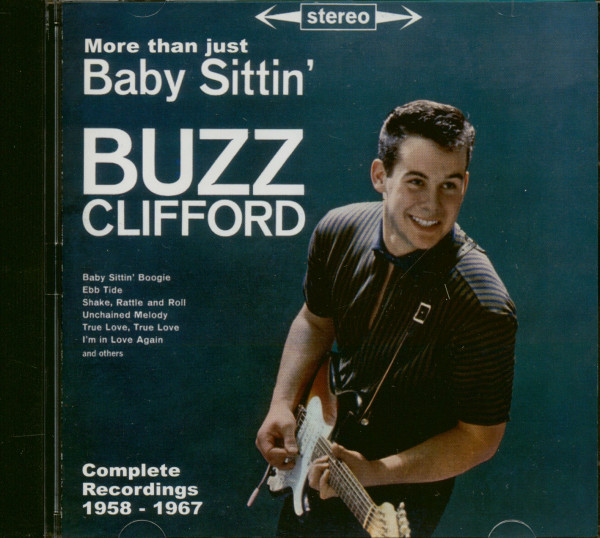 Buzz Clifford was born as Reese Francis Clifford III on October 8, 1942 in Berwyn, Illinois. He lived in nearby La Grange until his family moved to Montclair, N.J., when he was five. He later settled in Mountain Lakes, his final home, at the age of eleven. At the age six, he became interested in cowboy singers. Three years later, his parents gave him a guitar (instead of the hoped-for pony) and he started composing and singing, switching interests at once. After his first musical heroes, the cowboy singer, he became interested in outdoors and athletics - during the summers he had worked as a stuntman, construction worker, maintenance man and lifeguard, and was an all-around athlete in high school. There, he not only sang but also was involved in sports, becoming the captain of the varsity football team. When he was sixteen, Buzz entered an amateur contest at the Morris County Fair in New Jersey, when his friend pressured him into it. He won the contest over a group of other teenagers who had practiced for weeks, and a short time later signed a recording contact with Bow record: Nothing happened with his first two releases on Bow, where he presented a popular rockabilly style. Later in 1960 he got involved with Columbia records thru his writing. Buzz had written more than one hundred songs, and won his Columbia contract partly the basis of his composing. His first record, "Blue Lagoon", was one of his own compositions. Buzz hoped at that time he would eventually become a record producer, writing and arranging music. Later the same year, he recorded a Johnny Parker novelt song called "Baby Sittin' Boogie", which became a top-selling song for him after it was released in January 1961. It was Buzz's only hit record, although he followed it with another four releases on Columbia. Frankie Lymon's Teenagers, his label-mates at tha time, presumably backed him on some of these. Columbia rushed an album under the title in late 1961, but their ways parted in 1962. One release came oui on Roulette in 1962, another one on Capitol in 1967, until Buzz Clifford moved into the country field. 1967 saw him on A & M records, while Dot was his stay for two releases in the years 1969 and 1970. So he became a popular country & western artist. 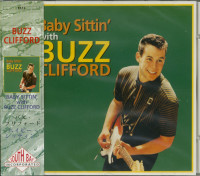