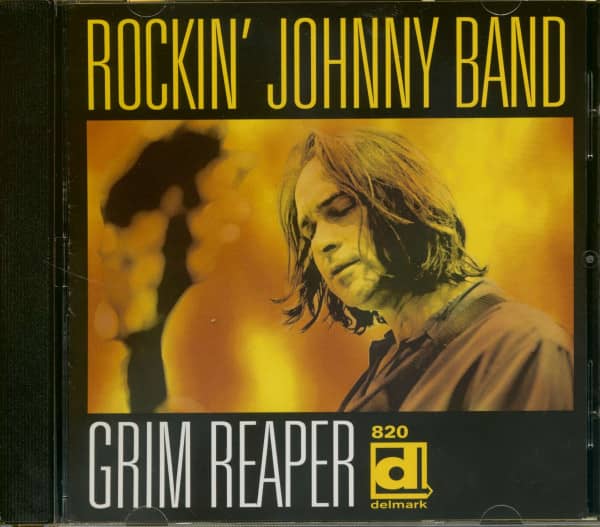 With his mellow vocals style he can be compared with Billy Boy Arnold. Johnny B. Moore comes to mind when thinking about the roots of his guitar style. Rockin' Johnny is leading one of the most beloved traditional style blues bands in Chicago. A good album. ROCKIN' JOHNNY - gtr/voc, RICK KREHER - gtr, BIG D. hca, JOHN SEFNER - bass, STEVE BASS - drums.

His new GRIM REAPER does more than seal the deal for an artist who kept his thirst for writing and playing even while he's be-come more comfortable with himself. 'I'm more effective,' Johnny said just before departing for a European tour. 'While I can't stay up all night, now I really am focused. I had it, been without it, and now that I have it again, I'm not letting it go.' Like the night before a GRIM REAPER mixing session, when Johnny played a birthday bash at B.L.U.E.S. 'So many musicians were there, like Eddie C. Campbell—that would have made me so nervous when I was in my late 20s,' Johnny said. 'But I wasn't nervous at all, though not so relaxed that I don't care. There has to be a little adrenaline going, or you're doing it wrong.' That energy is also a kernel for innovation, such as this disc's title track, which—like Lousy Dimes—is from the pen of Johnny's longtime friend Ken Kawashima. Lyrically, the story is medieval, but Johnny updates the tale through his studio-enhanced backwards guitar (otherwise, he's effects-free). 'The song is a conversation be-tween the grim reaper and the singer, so that backwards guitar is like the pull of the underworld,' Johnny said. 'That worked out beautifully.'

GRIM REAPER also reconnects Johnny with James Porter, who frequently checked him out during the 1990s, and sometimes blew harp with his band onstage. Nowadays, Porter is a perceptive blues critic and his One And One Ain't Two features imagery that reflects his uncanny imagination. Even when Rockin' Johnny and his band are playing comparatively straigh-ahead blues tunes, his spacings make: his notes vivid and personal, especially on Brand New Boots, Rollin' And Tumblin' and My Baby's A Good 'Un. 'I usually stick to the melody in a solo,' Johnny said. 'And there are holes in the melody, and in the holes, I put a comment on the melody. If you do that, the solo plays itself. Then you can do it again. That's it. One of my heroes was Guitar Junior. His style is boiled down, but he had that sting.' Johnny mentions Johnny B. Moore as another role model, especially for his vibrato. That technique quietly come to the forefront of Window To The Soul and a drawn-out Everybody Needs Somebody. 'There are a few different versions of that, it's like you're grinding the ...

In mid-1990s Chicago, musical worlds burgeoned, collided and cohered. Young jazz players crafted their own take on different traditions. Rockers turned toward country. A few became rock stars. Through it all, blues singer/ guitarist Rockin' Johnny Burgin set his own pace. Back then, and today, a slew of disciples of this city's 12-bar traditions turned their tributes into overwrought clichés. Rockin' Johnny stood apart from all of that. He absorbed the right lesson from West and South Side mentors.

That was: economy should be a blues musician's ally. Pack a world into a few sharp notes and let the spaces sing for themselves. At the same time, Johnny stayed hungry enough to book his own groups throughout large cities and small towns, and tells that story in the song Shoe Leather And Tire Rubber. Meanwhile, he sharpened his skills when he served as a sideman for such legends as Tail Dragger, Jimmy Burns, Sam Lay, Pinetop Perkins, Billy Boy Arnold, Little Arthur Duncan and Jimmy Lee Robinson. Some outside gigs added fuel for his originality—like a memorable night at Beat Kitchen working alongside perverse R&B singer Andre Williams.

But when that decade ended, Johnny walked away from music. Johnny's early and, ultimately, brief time away from the stage echoed Wes Montgomery's decision in the early 1950s to hold factory jobs: the jazz guitarist had a a family to support, and remarked, "What I wanted to do didn't matter as much as what I had to do." A couple years ago, Johnny got back into performing and released NOW'S THE TIME in 2010. 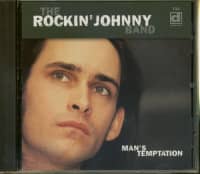 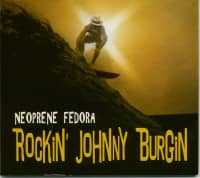 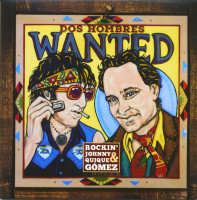 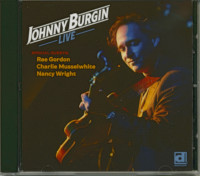 Tracklist
Burgin, Rockin' Johnny - Grim Reaper (CD) CD 1
01 Grim Reaper
02 One And One Ain't Two
03 Window To Your Soul
04 I Was Fooled
05 Lousy Dimes
06 Rollin' And Tumblin'
07 It's Expensive To Be Broke
08 Don't Mess With Me Baby
09 My Baby's A Good 'Un
10 Brand New Boots
11 My Sweet Baby
12 Somebody Loan Me A Dime
13 Shoe Leather And Tire Rubber
14 Everybody Needs Somebody
15 Party This Christmas
Funktionale