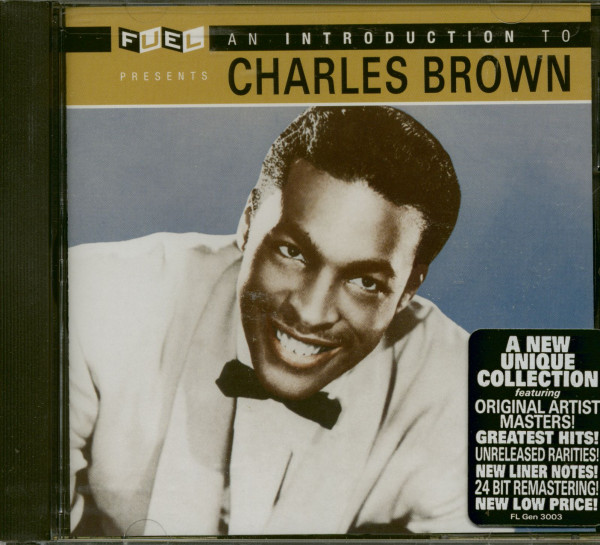 Pour en savoir plus sur Charles Brown
Charles Brown and His Band After tearing up the postwar R&B charts with their mellow,... plus
Fermer menu
"Charles Brown"

Charles Brown and His Band

After tearing up the postwar R&B charts with their mellow, cosmopolitan brand of West Coast club blues, pianist and front man Charles Brown came to a parting of the ways with Johnny Moore's Three Blazers (Moore's brother, the equally dazzling guitarist Oscar Moore, joined the act in 1947). The Blazers' personal hit parade for the Exclusive label included Sunny Road, New Orleans Blues, and the immortal Yuletide perennial Merry Christmas Baby, but they broke up nonetheless.

"Johnny Moore got so greedy. They took a lot of money that was supposed to divide and brought home, but he left us out of the picture, Eddie Williams and I, who was the bass player. So it became a problem, not getting along, and I decided to quit," said Brown. "I left them in '48 and organized my own group, called Charles Brown & The Smarties. I went back to Aladdin Records."

The hits came immediately for Brown at Aladdin: Get Yourself Another Fool and the R&B chart-topping Trouble Blues in 1949 and the mournful Black Night, cut December 21, 1950 at Radio Recorders in L.A. with Jesse Ervin's guitar work solidly in the Moore tradition, were among the biggest. Penned by L.A. female songsmith Jessie Mae Robinson, Black Night paced the R&B hit parade for 14 weeks in 1951. "Everything I was doing was a big hit with them," said Charles of his Aladdin hookup. But the good times didn't last. Brown took his final bow on the R&B charts for almost a decade the next year (a holiday offering, Please Come Home For Christmas, brought him back briefly in 1960), and a 1958 dispute with his booking agency laid him low for years as a live act.

"I became a scab musician," he explained. "I couldn't work in no place unless I paid the union. Well, I couldn't work because I didn't have nobody booking me. So I went into seclusion. That's how I came off the scene." The drought ended during the '80s, when Europe began to beckon. Then in 1990, Bonnie Raitt booked Charles as her opening act. "That really started the ball rolling for me," he said. 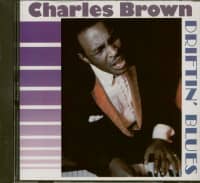 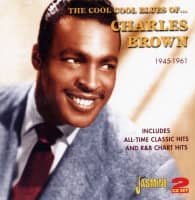 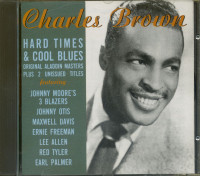 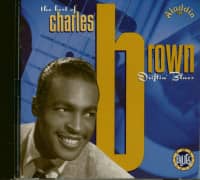