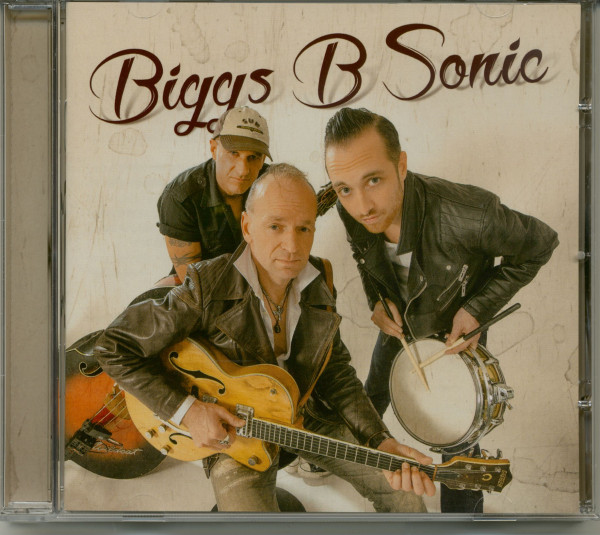 BIGGS B SONIC are:

Karsten - guitars & vocals, Claus - bass, Sebastian - drums. All from Kiel / Germany.
They stand for an honest and authentic rendition of music which they regulary fascinate and thrill
their audiences throughout Germany. The feeling of fun and enthusiasm with wich they play is
further projected through the new album, a mixture of well-known and self-penned songs - a sound
influenced by the greats of the 1950s/60s as well as Karsten‘s voice and very tasty guitar playing.
In all 13 titles reflecting the band‘s versatility whilst transporting the listener back in time.
The producer Wolfgang Pentinghaus collaborated with Thomas Kaessens - who worked for many
successful years with ,,The Lennerockers“ - and purposefully used the microphones and „gear“ of
the 1950s/60s to re-create the authentic sound of the era.

The album ,,BIGGS B SONIC“ together the first single ,,LOTS OF PRETTY WOMEN“ will be
released on 13th june 2016.