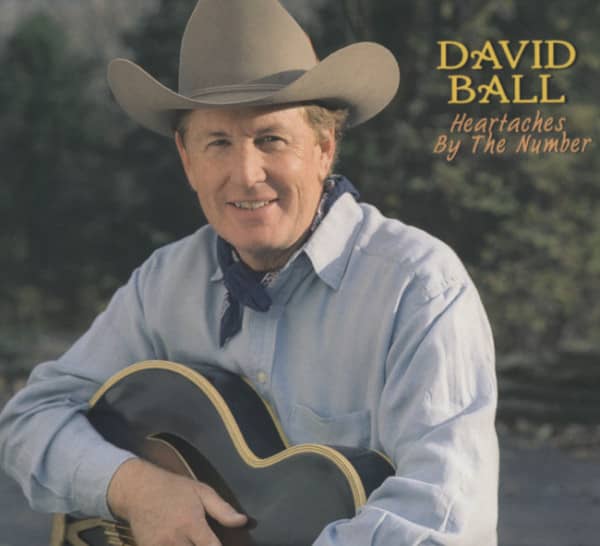 David Ball, a Rock Hill, South Carolina native, was born on July 9, 1953. He showed early signs of a career in music when he performed a self-written tune for a junior high talent show. In high school he played upright bass and began performing at bluegrass and country festivals. Following graduation he played professionally in a trio called Uncle Walt's Band.

Ball moved to Nashville in the late '80s. Three singles on RCA, languished in the middle of the Country Chart. A move to Warner Bros. in 1993 led to a platinum album, 'Thinkin' Problem' and a title-track single that charted for 5 months and peaked at #2. Nine singles later Ball would again reach #2 [Country] with Riding With Private Malone.

The song invokes the war in a unique way. Prior to entering the service in 1966, Andrew Malone owned a new, red Corvette. Before he shipped out to Vietnam he left a note in the car's glove compartment saying, "If you're reading this, then I didn't make it home." The Corvette's new owner also reads that though the car is now his, he'll "always be Riding With Private Malone." Later, when he crashes the car, someone tells him they though they saw a soldier pull him out of the burning wreck.

In 2004 Private Malone… received a BMI award for having a million airplays on radio and TV. The song was co-written by Wood Newton, a Nashville songwriter with previous credits such as Bobbie Sue, a #1 hit for The Oakridge Boys and Twenty Years Ago, a #2 song for Kenny Rogers. Newton and Ball collaborated on 'Freewheeler,' a 2004 album, but were unable to duplicate their success.