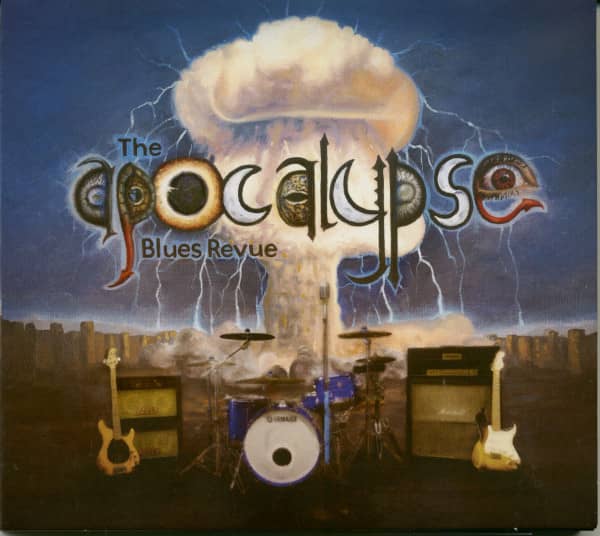 (2016/Provogue) 12 tracks.
In February 2016, Apocalypse Blues Revue entered the Vibe recording Studio and cut their self-titled debut in just nine days. Co-founded by Godsmack drummer Shannon Larkin and guitarist Tony Rombola, and featuring vocalist Ray 'Rafer John' Cerbone and bassist Brian Carpenter, the quartet honors blues traditions while etching their stamp on the genre. Mixed by Dave Fortman, the debut album conjures up swampy soul colored by rock 'n' roll and rockabilly over the course of 12 tracks. 'As far as blues goes, the Apocalypse Blues Revue is a little heavier, a little darker, and has some punk rock attitude in the lyrics,' says Shannon. 'We wanted to make something deep that will provoke thought. It had to be evil though. We're not trying to make it happy. It's called blues for a reason.' Tony and Shannon's creative union traces back to 2001, when Shannon joined Godsmack. Selling 20 million records worldwide and garnering four Grammy award nominations, the juggernaut remains a hard rock institution. 'I want people to walk away with our songs stuck in their heads,' Shannon leaves off. 'The music speaks for itself on this record.' 'It's back to basics,' concludes Tony. 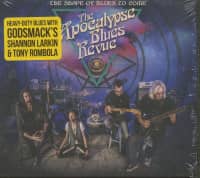 Tracklist
Apocalypse Blues Revue, The - The Apocalypse Blues Revue (CD) CD 1
01 Evil is as evil does
02 Junkie hell
03 Devil plays a strat
04 I think not
05 Whiskey in my coffee
06 The tower
07 Crossed over
08 Blues are fallin' from the sky
09 Work in progress
10 The devil in me
11 Blue cross
12 When the music's over (bonus track)
Funktionale