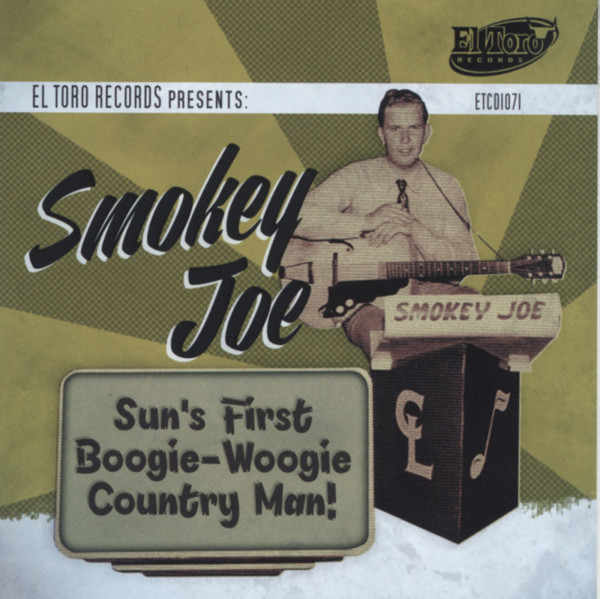 Pour en savoir plus sur Smokey Joe
SMOKEY JOE was one of the more intriguing characters to land at Sun. His version of Stan Kesler... plus
Fermer menu
"Smokey Joe"

SMOKEY JOE was one of the more intriguing characters to land at Sun. His version of Stan Kesler and Bill Taylor’s Hula Bop was the first Hawaiian bop record, predating Buddy Knox by a couple of years. A pianist, Smokey Joe Baugh arrived in Memphis in 1949 from Helena, Arkansas.

He had a naturally gravelly voice, and impressed Phillips with his feel for barrelhouse blues. He was featured on two singles, one on Flip, and another on Sun. Hula Bop was recorded on August 25, 1955 during the sessions for the Sun single, and Smokey is backed by Stan Kesler on steel guitar, Buddy Holobaugh on guitar, and Johnny Bernero on drums.

Sam Phillips didn’t like Hula Bop enough to issue it, but a year later Jimmy Knight (who, like Smokey Joe, was a member of the Snearly Ranch Boys), recorded it on Crystal Records. Smokey was a pillhead and a prolific drinker, and eventually left Memphis for Texas when he owed everyone he knew. Gene Simmons remembers one showdate when someone played a joke on Smokey.

They told him the police were going to bust him, so Smokey emptied his pills onto the floor beside the piano. The stage sloped forward, the pills rolled onto the dance floor, and the dancers near the bandstand began slipping over.