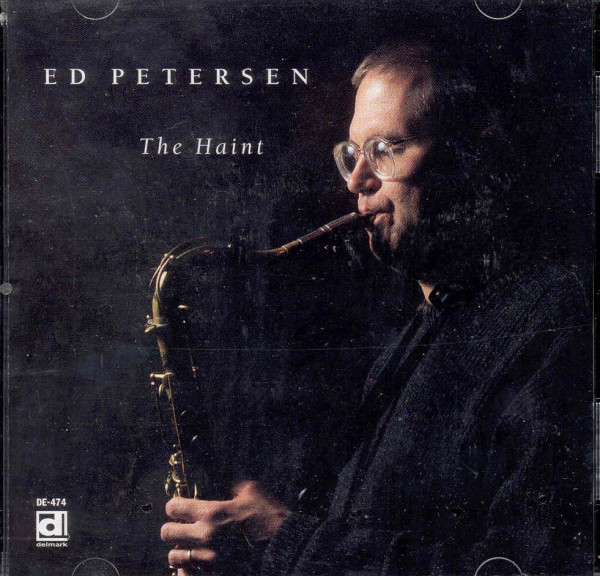 (1994/Delmark) 8 tracks, The year 1994 marked a transition for Ed Petersen, it was in 1994 that the tenor saxophonist left Chicago to accept a teaching position at the University of New Orleans. Chicagoans were surprised to see him leave -- he had been a fixture at a famous Windy City jazz club called the Green Mill. But the offer was too good to pass up, Petersen knew that he would be working with pianist Ellis Marsalis (father of Wynton and Branford) in the University of New Orleans' jazz department. Recorded when Petersen was getting ready to move, this 1994 session was, in effect, a fond farewell to the jazz community of Chicago. The Haint, Petersen's second album as a leader, finds him leading an all-Chicago cast that includes Dr. Odies Williams III or Billy Brimfield on trumpet, Willie Pickens on piano, Brian Sandstrom on bass, and Robert Shy on drums. The influence of John Coltrane -- Petersen's primary influence -- is impossible to miss on this album. It comes through on his own songs (which include the exuberant 'Larry Smith' and the abstract 'Walking in the Sky') as well as performances of Thelonious Monk's 'Green Chimneys,' Dizzy Gillespie's 'Bebop,' and Fats Waller's 'Jitterbug Waltz.' Few surprises occur, and no one will accuse Petersen of being the most innovative or forward-thinking player in the world. Nonetheless, his performances are competent and swinging. With The Haint, Petersen ended the Chicago period of his life and did so with enjoyable, if derivative, results.