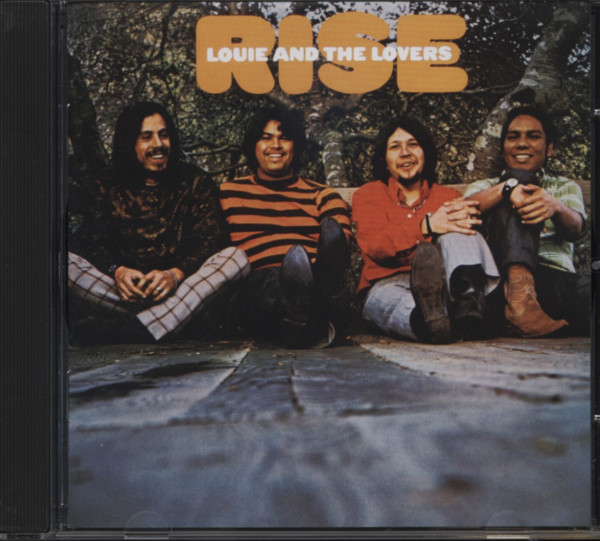 Louie And The Lovers 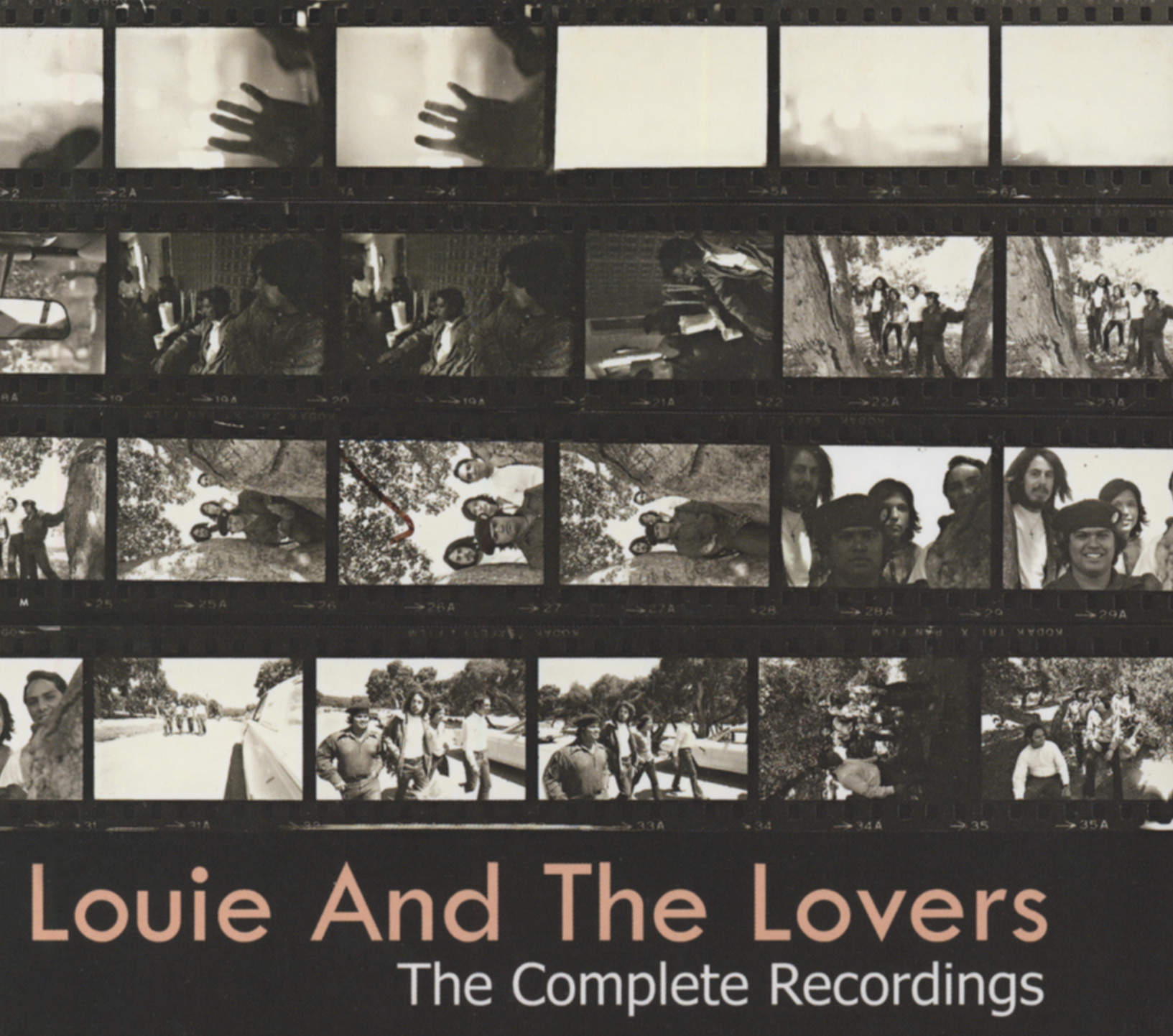 There are albums, and then again, there are albums. Some you consume, grow out of, and get rid of. Others have a way of staying with you for the rest of your life. You take care of them, and you keep coming back to them, exactly as you would with really good friends.

For me, 'Rise' by Louie & The Lovers is that kind of record. I discovered it when it came out in 1970 after reading a review by, I think, Ed Ward in 'Rolling Stone'. That the album was produced by Doug Sahm served only to enhance the good Ward's recommendation in my eyes. Still, the record surpassed all the expectations I had when I first sent away for it. And now, almost forty years later, it remains just as good, if not better.

'Rise' is a completely unencumbered, simple, matter-of-fact mixture of Ritchie Valens' sexy Chicano Swing, traditional Mexican music, and artless American rock 'n' roll by way of Creedence Clearwater Revival. The fact that no one in the band was over twenty at the time of recording lends an air of innocence and freshness to the album that is totally disarming. There seems to be no clearly formulated idea, no plan behind the music.

Louis Ortega was the group's leader and chief songwriter. And like the other three members in the band, a Salinas Valley boy. He tells the story behind the album:

"It came about in a very trivial way. We had been playing together for three or four years at school dances, sock hops and other events in the Salinas area, but never anywhere else. We were too young to gig in bars. At that time Doug Sahm and his family were living here on the West coast, in Prunedale, and our bass player knew his children. As a result, his wife got to hear our first ever recording, probably cut in some funky studio in Salinas. I remember that it included among other things a version of Wilson Pickett's 'Three Time Loser' - and apparently she liked what she heard. So suddenly Doug had set us up with a recording contract at Epic Records."

But Louie & The Lovers was not Louie's first group.

"I started to play guitar already when I was fourteen years old. My first group was called The Omens, but in the beginning I rarely sang. I was too shy."

The Omens were pretty much the same line-up that later became The Lovers.

"In my family we mostly listened to Hispanic and country music. My mother loved the crooners; she'd go from Pedro Infante to Hank Williams in a heart beat. Then I found sixties rock, rhythm'n'blues and artists like Ray Charles. In the band we loved Creedence, and I gradually began to write my own songs. Songs which we then recorded with The Lovers, for that first album." 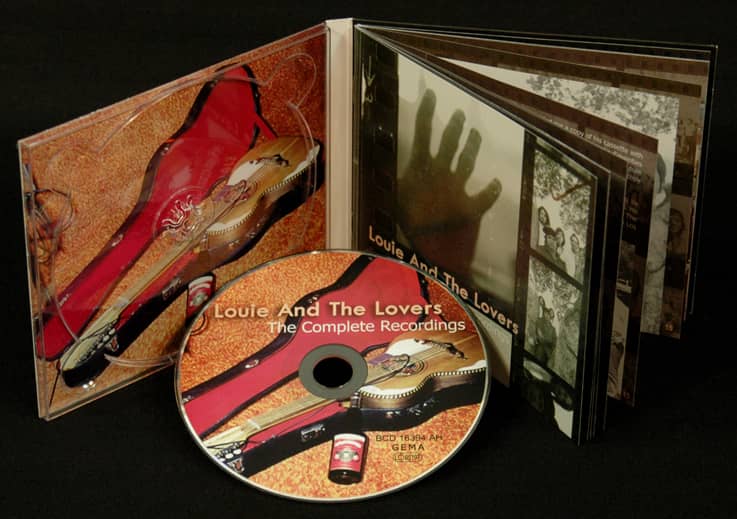 Actually, they were calling themselves Country Fresh at that time, but were spontaneously re-chistened by Sahm during his first meeting with Epic Records.

"He casually told us that he'd dreamt up that name during the meeting and that the record company people loved it. So from that moment on we were Louie & The Lovers."

They were probably in awe of Sahm, like most people who got to meet him. "He was extremely fascinating to us, a real rock 'n' roll guy. Amped up, really energetic. A fast mover, a fast talker!"

The album was recorded and mixed in one 18 hour session at Columbus Studios in San Francisco. Louie doesn't remember any left-over takes or songs from that session.

"Those times are so distant now. We just went up to San Francisco in one vehicle, very happily so. We didn't know anything about recording studios and such, we just played. No overdubs, hardly more than two takes. Wham bam, that's it."

The band never saw any money whatsoever from the deal.

"Doug was rather relaxed when it came to money matters. He'd been through the Huey P. Meaux school, remember? But he once supplied us with a set of second-hand amps".

There were other benefits.

"We were still teenagers, more like brothers than a rock band, and when the album came out it felt like we owned the entire world. We were on cloud nine."

The photograph on the original album, which for some reason appears in reverse, shows from the left bassist Steve Vargas, drummer Albert Para, guitarist Frank Paredes, and Louie Ortega, guitarist and lead singer. The picture was taken in a tree house in the boys' hometown, Prunedale. What is most impressive about the album - besides the delightfully laid-back grooves and the superb vocal performances - is Ortega's mature songwriting. With the exception of an OK version of Rock Me Baby and a brilliant interpretation of the Kaleidoscope song If The Night, all of the material bears Ortega's signature. I Know You Know, Royal Oakie, and the title track are straightforward pop tunes with refrains that effortlessly stick in your mind, and underneath it all, there's a relaxed, breezy Creedence Clearwater Revival spin. It's The Morning, I Just Met You, I Don't Want To Be Seen With You, and most of all, I've Always Got You On My Mind are fully developed, highly personal reflections on love. Innocent yet erotically tinged in a subtle way. Enchanting melodies, sung with an intimacy that creeps underneath your skin. To wake up at daybreak with thoughts about one particular woman tearing a hole in your heart may sound like a tired cliché on paper but when Ortega sings it, there is suddenly no gap whatsoever between the words, the feelings, and the reality. Or between the singer and the listener.

The same goes for Driver Go Slow, easily the best track on the album. A murderer who has committed a crime of passion sits shackled to a prison transport, relentlessly approaching its destination after three days of travel. Fragmentary snatches of memory remind him of what he has done, while panic, guilt, and remorse quietly assail him. The title/refrain is self-explanatory. The arrangement is dramatic, without ever having to raise its voice. Minimal, yet distinctly underscored drumbeats fill the song with an invincible feeling of resignation. The tightly controlled, restrained harmony which comes in on the last refrain literally grabs a hold of one's heart. The bus we are riding on is truly filled with speechless despair.

It was a very special album, yet no one bought it. Still, the record company actually made an attempt to follow it up.

"We were booked into a larger studio with a more renowned producer, but never managed to finish any LP before the company's accountants pulled the rug out from underneath our feet".

Seven or eight numbers were recorded, co-produced by Glen Kolotkin and the band. In addition to Little Georgie Baker and Tomorrow Just Might Change, which both subsequently ended up as a single, Louie remembers a first version of We Don't Have To Change and the instrumental number Out Of Jail (in the session files named Stevie's Tune).

Little Georgie Baker is one of those songs just screaming out to be a hit - an upbeat, incredibly exciting melody, a refrain which almost sings itself, and on top of it all, a lift-off provided by a background choir just pleading for one's participation. Was it perhaps the slightly cryptic text about an unhappy love affair? Whatever the case, it was not a hit.

And there they were, without a recording contract.

Around that time, Sahm was signed to Atlantic by Jerry Wexler, who for many years had admired the multifaceted Texas musician. Doug drew with him Ortega and his Lovers into the deal. And Atlantic threw money around.

"We were flown to Florida for the recording session in Wexler's private jet! And, remember, most of the band had never even been in an airplane before!"