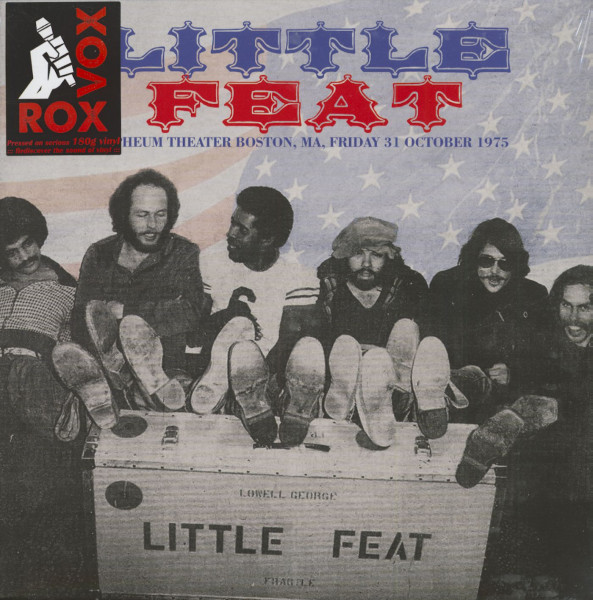 A solo recording with a guest harmony vocal, Roll 'Um Easy was one of Lowell George's masterworks. Its simplicity was strangely at odds with its unusual construction: a sixteen-bar double verse, a fourteen-bar chorus, eight-bar verse, and sixteen bar chorus. Lowell George played both guitar parts, neither with one wasted note. George was pals with Danny Hutton of Three Dog Night. They tried writing songs together, but mostly just hung out. One night Hutton dropped by Clover Studio at Santa Monica and Vine in Los Angeles to see how the new Little Feat LP was coming along. George was there alone, and wanted a harmony vocal on Roll 'Um Easy. Hutton protested that his vocal cords were shot after a month on the road, but George insisted that they try it. "I did it once and it sounded terrible," Hutton told Ben Fong-Torres. "He said, 'You sound horrible, that's wonderful.' That was it. One take. He knew what he wanted." There are few perfect recordings: words, music, and execution. Roll 'Um Easy is one. It's impossible to conceive of any way to better it. In the age of overplaying, it said it all with few words and fewer notes, and was out by 2:30.