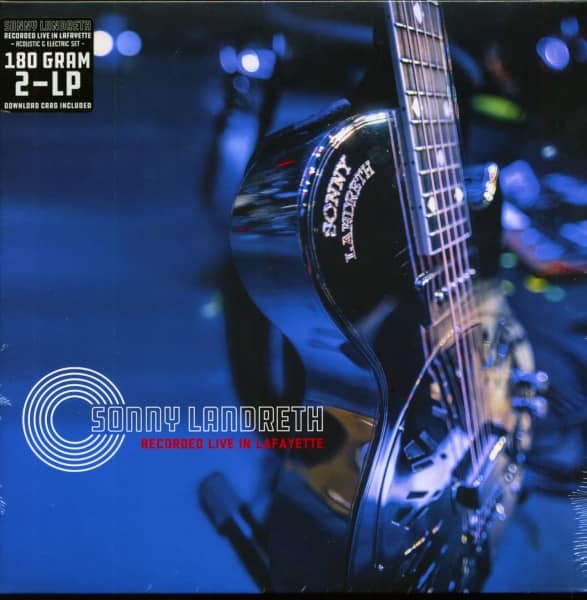 (2017/Provogue) 16 tracks.
The American slide guitarist Sonny Landreth is regarded worldwide as one of the greatest masters of his field. The roots of the award-winning 66-year-old southern state lie in the Rhythm and Blues of the Mississippi Delta. From 1981, the sought-after studio and session musician has released a dozen records under his own name covering a wide range from rock, to Zydeco and Cajun music, folk and country to jazz fusion. With his latest studio album 'Bound By The Blues', which was released in 2015, Landreth returned to a rocky, original bluesrock after a long break. This is followed by a concert recording, which impressively reflects his entire career so far: "Recorded Live In Lafayette" was recorded in January this year in the USA. The first CD contains a purely acoustic live set, the second CD an electric concert set. - 2LP in Gatefold 180g Black Vinyl, incl