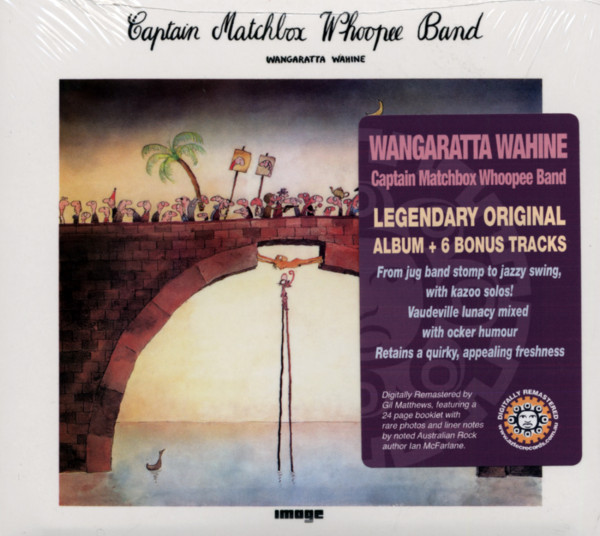 For a sweet trip down memory lane, when jug bands could sing about "dreaming of a reefer five foot long" ('If You'se a Viper') look no further than this superb reissue of Wangaratta Wahine by Captain Matchbox Whoopee Band. Originally issued on vinyl back in 1974, Wangaratta Wahine was a big seller, hitting #4 on the Australian charts and making the band a major attraction.

At a time when other bands were obsessed with the blues and prog-rock, Captain Matchbox took their inspiration from Fats Waller, Jelly Roll Morton and the Memphis Jug Band. The prime cut remains the fondly remembered title track: witty, playful and utterly unforgettable, there's nothing else like it in the whole history of Aussie rock music - a song about getting stoned in a roadhouse restaurant along the Hume Highway. Sheer genius!