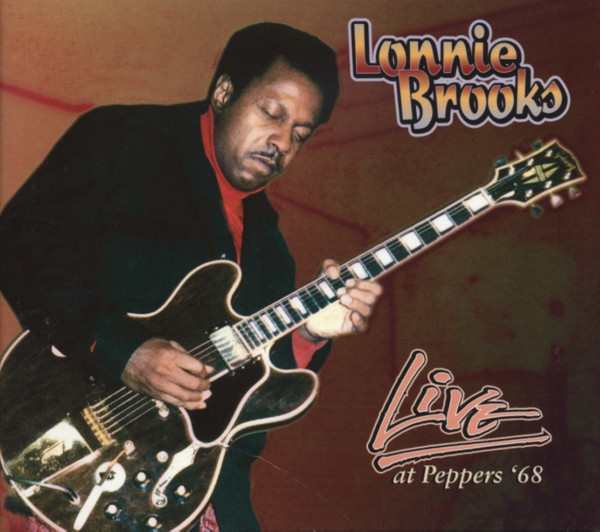 The term ‘swamp pop’ was a long way from being coined when Lee Baker, Jr. cut the groundbreaking Family Rules in 1957 for Eddie Shuler’s Lake Charles, Louisiana-based Goldband Records. He was billed as Guitar Jr., his hybrid approach incorporating several idioms distilled down to his own highly distinctive sound.

"I had a kind of between country and rock guitar style at that time," he says. "I think that’s what did it back then, because you had to have something. It was a little bit different. There wasn’t about two or three guitar players that were playing that type of music back then."

A native of Dubuisson, Louisiana born December 18, 1933, Baker picked up his early licks from his banjo-plucking grandfather, though he didn’t start playing professionally until he moved to Port Arthur, Texas in the early ‘50s. He listened to Gatemouth Brown, B.B. King, and Long John Hunter, assimilating something from all of them. One day, zydeco pioneer Clifton Chenier heard the young man playing guitar on his front porch and offered him a gig with the Chenier band. "I played with the zydeco king back before I started recording," he says proudly.

As Guitar Jr., he signed with Goldband and debuted with the impassioned Family Rules, backed bypianist Boogie Joe Joseph, rhythm guitarist Clarence Garlow, bassist Willie Chason, and drummer Little Brother Griffin. "Mostly, I was playing all white clubs at the time," he says. "I played a lot of places like Beaumont and Port Arthur in black clubs, but at that time they had white clubs and black clubs. So I don’t know if I was big enough to have both of ‘em coming at the same time."

Guitar Jr. was a rocker at heart, tearing through I Got It Made (When I Marry Shirley Mae) on the flip and Roll, Roll, Roll as his encore. Next came another scorcher, The Crawl. "I had a tune, I couldn’t do the dance to it myself ‘cause I wasn’t a dancer," he says. "That’s why I quit writing dance tunes!"

The Gulf Coast lost Guitar Jr. permanently around 1960. "I was playing down in Atlanta, Georgia, and I met up with Sam Cooke. We happened to be on the same show together. We got to talking after we got off that night," he says. "He wasn’t going back to Chicago for about 15 days, and he said, ‘Well, look, if you ain’t got nothing to do, you can ride along with us!’" So he worked as a sideman to Sam’s brother L.C. until they made their way back to the Windy City (Junior was signed to Mercury Records at the time). A major problem quickly arose.

"After I got to Chicago, I found out there was another Guitar Jr. It didn’t make sense to have two Guitar Jrs.," he says, "and I just changed mine to Lonnie Brooks." The transformation from Gulf Coast rocker to Chicago bluesman extraordinaire was officially underway.