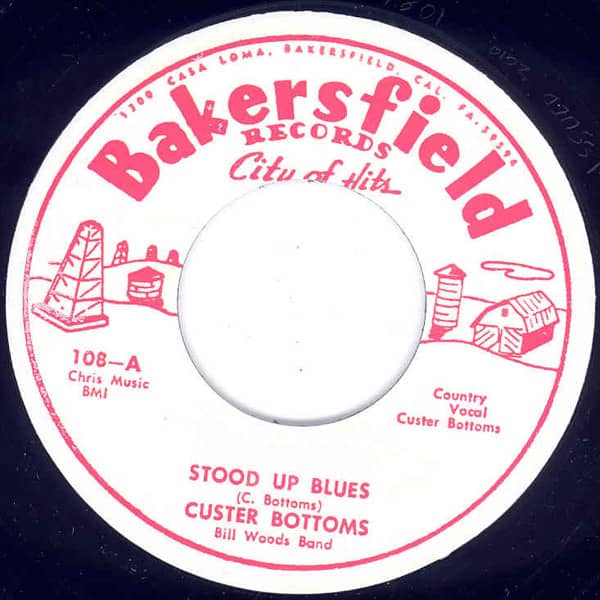 Custer Bottoms: Stood Up Blues - Someone To Love Me 7inch, 45rpm

Born in Maud, Oklahoma, but raised in Alabama, Custer Bottoms eventually found his way to California and made his home near the town of Earlimart, about 40 miles north of Bakersfield. An enthusiastic musical hobbyist, Custer and his band appeared in Central Valley towns like Tulare and Delano playing covers of popular honky-tonk songs of the day, mixed with early rock titles like (We're Gonna) Rock Around The Clock and Ain't That A Shame.

Future guitar hero Roy Buchanan played in Bottoms' band as a teenager, but had to leave the group when he was caught performing in bars while still underage. Buchanan was already gone by the time Custer recorded his original composition, Stood Up Blues, with Bill Woods' Band in 1957. The following year, he married a 15 year old girl named Betty and subsequently disappeared from the recording scene.

Various - The Other Side Of Bakersfield Vol.1, (CD)