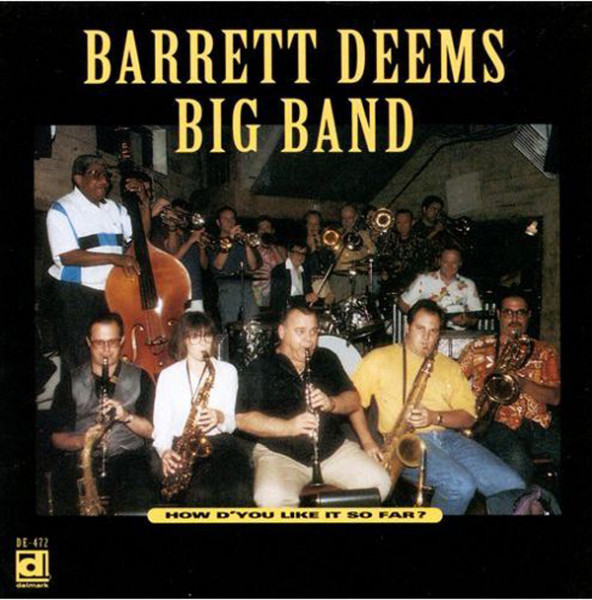 BARRETT DEEMS BIG BAND: How D'You like It So Far?

(1994/Delmark) 16 tracks, Barrett Deems, 81 at the time of this recording, will always be best known for his stint with the Louis Armstrong All-Stars in the 1950s. After settling in Chicago, the drummer became the leader of a top-notch jazz orchestra which made its recording debut on this Delmark release. Deems, whose musical role model is Buddy Rich, is in top form throughout the set, which is a bit surprising considering his shaky health at the time. The performances (mostly veteran standards) are usually hard-driving and always swing. The many concise solos are unfortunately unidentified - trumpeter Brad Goode is the only one of the sidemen really known outside of Chicago, although vibraphonist Duane Thamm is clearly a strong asset to the 18-piece band. Few surprises occur during this conventional date, but the music is very enjoyable and makes one aware of some of the many musical talents that reside in Chicago.(AllMusic)

Propriétés de l'article: BARRETT DEEMS BIG BAND: How D'You like It So Far?