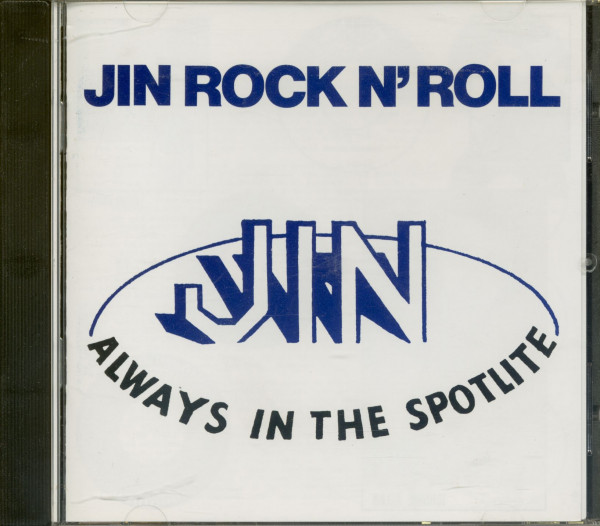 (JR) 33 tracks with 8 page booklet.
-
The Jin label was founded by Floyd Soileau in Ville Platte, Louisiana in 1958. A D.J. on KVPI in Ville Platte. the en•ererisina Soi leau started Floyd's Record Shop which branched out to include his din & Swallow record labels. Floyd would go on to chart nationally with Rod Bernard, Jivin' Gene & Joe Barry when he leased their local hits to major labels with good distribution. These small labels serviced the South Louisiana area even extending into East Texas. The local artists were able to hone their skills at the fais-dodos and eventually record and be heard on local radio 6 jukeboxes. This area had it's own take on the marriage of blues, country and rythmn $, blues mixing it with their Cajun-French background and influences with the result being SWAMP POP. Researchers like Bruce Bastin, John Broven, Mike Ledbetter, Bill Millar helped spread the word to where it is a respected and recognized form of music today. JOHNNIE ALLAN was born John Allan Guillot on March 10, 1938 in Rayne, Louisiana. 1959 was a good year for the Louisiana sound thanks to Rod Bernard's big hit "This Should Go On Forever", so Johnny's first 2 Tin singles were leased to MGM & Mercury respectively. Unfortunately, they were regional hits • rather than a national break out. "PROMISED LAND" (2441 showed up on British charts when the Chuck Berry gem was eventually released there, while "LET'S DO IT. C181) is a self-penned mover from 1963. Johnny's material appeared on Viking, Po-1, Pic 1, Chess (unissued), Crazy Cajun, Flyright, Krazy cat, Swallow, La Louisianne, Deep Elem & EMI. He was inducted into the South Louisiana Music Hall Of Fame in 1991. RED SMILEY & The Vel-tones featured singer Clint West on TAKE A RIDE (107) from 1958. Red was born Bob Shurlev May 17, 1925 in Ashville, North Carolina. Their take on Smiley Lewis' JAILBIRD (115) was released as by BOB & The Vel-Tones. ROD BERNARD was born Rodney Ronald Bernard on August 12, 1940 in Opelousas, Louisiana. The Twisters backed him on his initial releases on the small Carl label in Opelousas, and also his cover of Guitar Gables's "This Should Go On Forever. in 1959 with it becoming an international hit when leased to Argo, the Chess subsidiary. The rockin' flip PARDON MR. GORDON (1051 is featured here along with LEVI;' GET TOGETHER TONIGHT (Mercury 71592) & GIVE ME LOVE CArbee 102). Rod also charted nationally on Mercury before he recorded a wealth of material on Hallway, Smash, Teardrop, Scepter, Arbee, Copyright, S.S. Int., Crazy Cajun & Brylen. BILLY LEWIS & Rock in' Hearts recorded on the Hart label out of Leeville, Louisiana before recording the self-penned SHOW ME HOW TO TWIST 1162) in 1962. An interesting release "Stool Pigeon Baby" appeared on Flo Lou, but releases on Fire I, Del-F1 are likely a different artist. PHIL BO was born Phillip Boudreaux in Houma, Louisiana. SHE WEARS MY RING (151) was recorded in New Orleans in 1961 and should not be confused with the Bryan•'s weeper of the same title. Phil recorded on SOM, Smash, L.K.- & Shane before going into TV work. . .well he was working in a Lafayette TV store circa 1978. PRENTICE THOMAS & Broken Hearts recorded their version of the Jerry Lee Lewis' classic WHOLE LOTTA SHAKIN' GOIN' ON 1253) in 1973. Thomas also raided the catalogue of Joe Turner with "Flip Flop ?, Fly' and Creedence Clearwater Revival with "Bad Moon Rising". 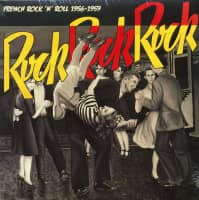