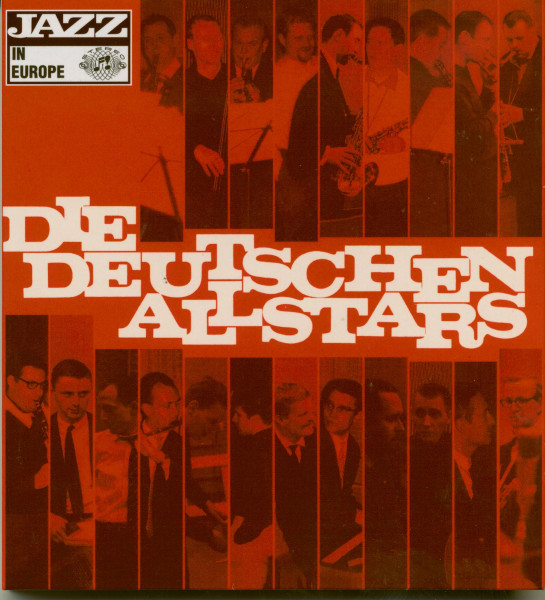 (2016/BE! Records) 9 tracks.
CD digipac incl.20-page booklet.
Unreleased recordings from 1963 sessions! The 22 musicians presented on this album can be referred to as theleading names of jazz in Germany. In the “'German Jazz Poll 1963' Albert Mangelsdorff was elected 'musician of the year', the prizewinners on individual instruments from trumpet to bass are included, as are the two leading ensembles – the Michael Naura Quintett as the best modern jazz combo, the Feetwarmers as the best traditional band. Rarely has the result of a public poll been so much in accordance with the reviewers’ and experts’ opinion. For there is no doubt that the artists presented on this album are also regarded by the jazz reviewersas the best musicians on the German jazz scene.