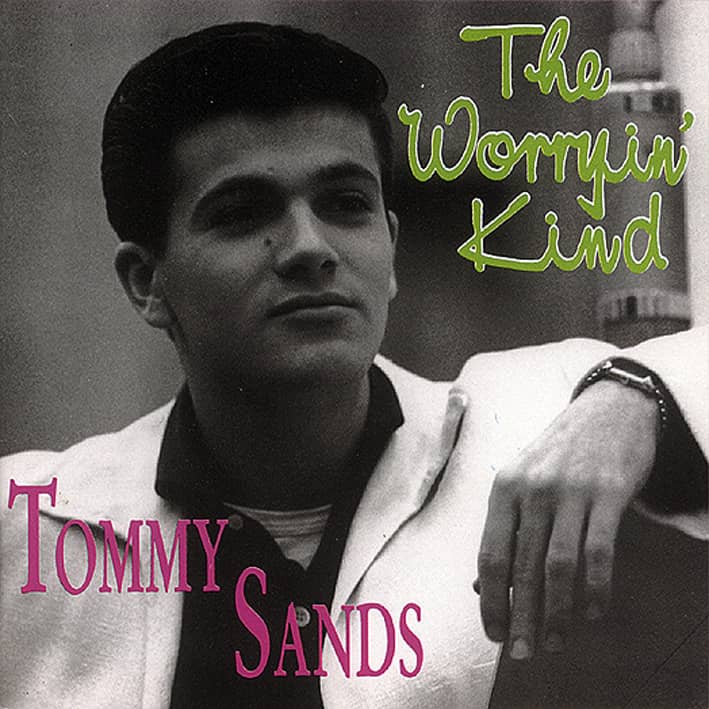 hanks to his 1955 friendship with the pre-international superstardom Elvis, Tommy Sands was recommended by Col. Tom Parker for the starring part in a major television show called 'The Singing Idol' (loosely featured on Presley's meteoric rise). Sands  had knocked around for a while as a young country singer, recording eight singles for RCA, but Capitol's Teenage Crush – featured in 'The Singing Idol' -  became one of the fastest breaking discs of the period: eventually reaching number two in early 1957.

The song is somewhat identikit Elvis, with a low vocal and a slow tempo, but it is enlivened by some tough guitar back-up and a lyric that restates the same old teenage problem – this time somewhat pointedly aimed at parents in an early rumble of inter-generational dissent: "They call it a teen-age crush/ They don't know how I feel/ They call it a teen-age crush/ They can't believe this is real/ They've forgotten when they were young/ And the way tried to be free/ All they say is 'This young generation/ Is just not the way it used to be'".