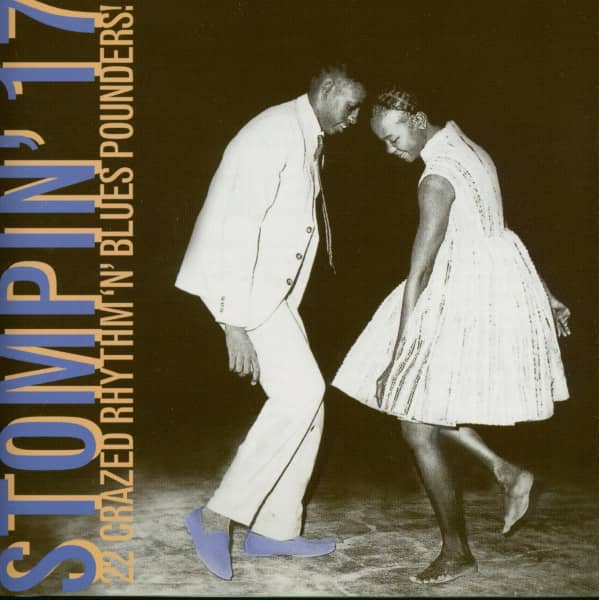 (Stompin') 22 tracks (52:02) 1950s/1960s.
& ,-
For the best part of the last 20 years the Stompin' record company has been introduc-ing latter-day rhythm 'n' blues collectors to forgotten small label gems and rare hard-to-find minor classics with a steady trickle of various artist LPs. Until now a switch to compact disc has been resisted, but pressure from advocates of the new(er) format has now resulted in a veritable avalanche of Stompin' CDs compiled from the best of the LP series together with a few choice items that have recently been acquired and deserve to be heard.

The meat 'n' gravy of the Stompin' series is US r&&,b and black rock 'n' roll of the late 1950s, although we will occasionally dip back into the jazzier origins of the late 1940s/early 1950s or grope forward into the soulful 1960s, the only criteria is The Bet! The Beat! The Beat! Well, although we had planned to finish at volume #16, we have found such a hot batch of 1950s and 1960s don't-deserve-to-be-obscurities for you that we couldn't resist com-piling just one more - for now...you lucky people, so Take Two Steps Back and do The Rock &&, Stomp!