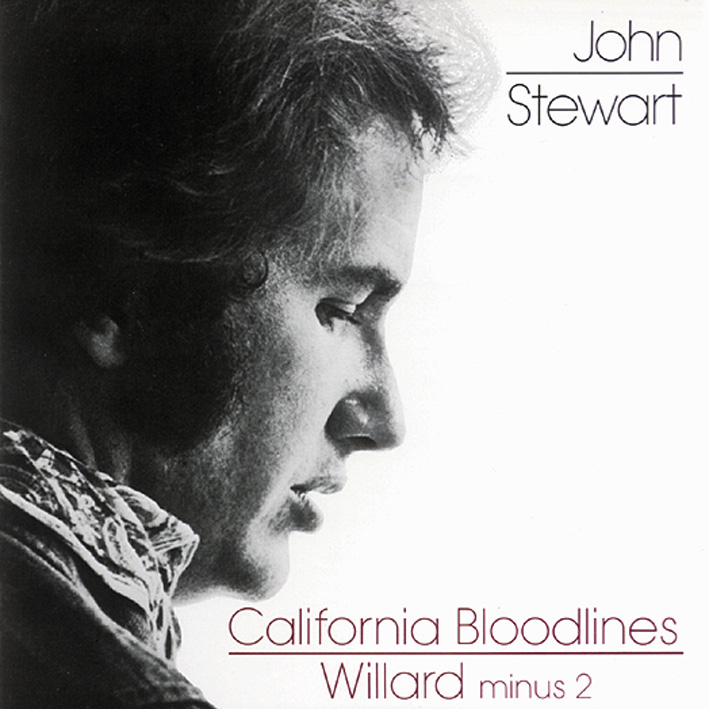 John Stewart's talent has sustained a musical career that has spanned the past thirty years. A beginning with the Cumberland Three was followed by seven years in the Kingston Trio. On leaving them he immediately provided The Monkees with their biggest hit, Daydream Believer. His own output has been prodigious; twenty albums including the 1979 Top Ten Bombs Away Dream Babies which included the worldwide hit, Gold. As recently as November 1988 Rosanne Cash scored a number one country hit with his song, Runaway Train, and yet ... he remains a cult artist, revered by a few and unknown to the majority.

This cult status can be traced back largely to the first of the two Capitol records found here. 'California Bloodlines' was recorded in Nashville in 1969 across the street from where Bob Dylan was recording 'Nashville Skyline'. It was producer Nik Venet's, idea to record in Nashville. "I just felt that the combination of John's songs and their playing would be a winner. I thought about it and came to the conclusion that John should record live, standing there with the band. The way I saw it a road singer shouldn't be allowed the mechanical freedom or luxury of adding his vocals to a completed track - it would destroy so much of the spontaneity." John Stewart could not have been happier with the musicians he found in Nashville. "On those sessions their playing was inspired - they played their hearts out for a number of reasons, not the least being that they were so glad to be participating in something other than straight country western music." His on the record tribute to them can be heard on the final track, Never Goin' Back. "When I started to reel off their names they couldn't believe it.

They looked at each other and broke out smiling and the energy just grew and grew - you can hear it on the track." And as you listen you should realise the whole album was recorded in live into the two-track recorder. Another of Nik Venet's decisions. "It was a gamble because once recorded you couldn't adjust the level of an individual instrument in the mix, but if you get all the balances right in the studio, and if you're certain of the competence of everybody involved, then the dangers are minimised - and if it works you can get a beautifully clear and natural recording." The follow-up album a year later contained songs every bit the equal of those found on California Bloodlines, but the recording of Willard in Los Angeles with producer Peter Asher was the opposite of the approach adopted by Nik Venet. "He dubbed on his vocals when all the musicians had gone off home. 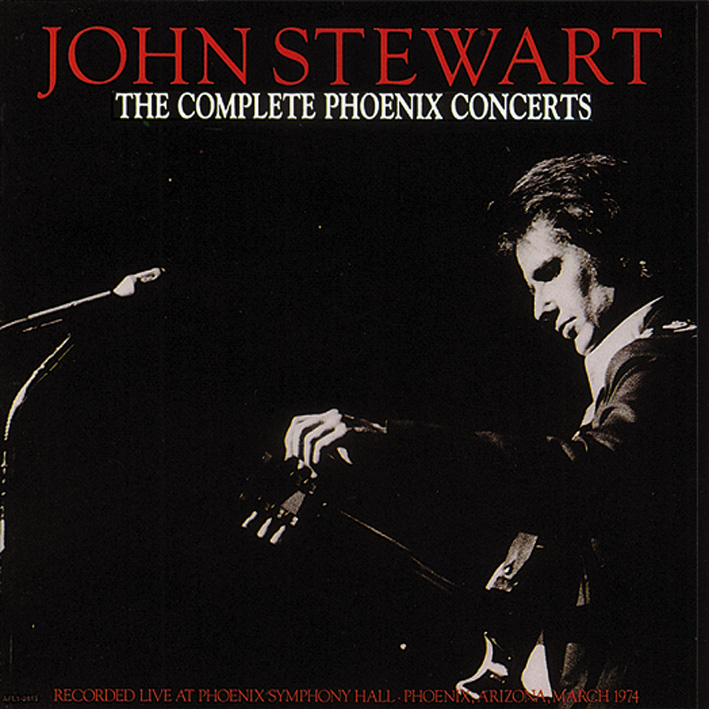 When he went into that studio and sat down with the headphones on to sing over those almost clinically perfect back tracks, he lost all the rough edges that, to me, characterise one of his best assets ... they were seeking too much perfection." It is a technique that has served Peter Asher very well over the years, notably with James Taylor and Linda Ronstadt, and there are plenty of Stewart fans who will not hear a word against the music and singing to be heard on Willard. John's own estimation of Peter Asher's approach? "Very clinical, very methodical, very unspontaneous but very efficient. A few things were done as with the whole of 'Bloodlines', with me singing with the musicians, but it was pretty much built up in the standard form of recording. For what it was it was very well done. He's a real craftsman in what he does. I just didn't feel that the two styles fitted together. James (Taylor) is a precise kind of singer, he did a great job with him. My forte is not that kind of perfection." This CD release gives us all the opportunity to hear these recordings with new clarity and insight. Twenty years on, California Bloodlines still excites and moves me. Great songs and great playing.

For all its perceived faults, the strength of the material on Willard makes it a valuable companion piece. On these recordings John Stewart has evoked the heat and spirit of rural American and makes us willing companions on his travels.
Peter O'Brian - Editor/Publisher of Omaha Rainbow Magazine - March 1989