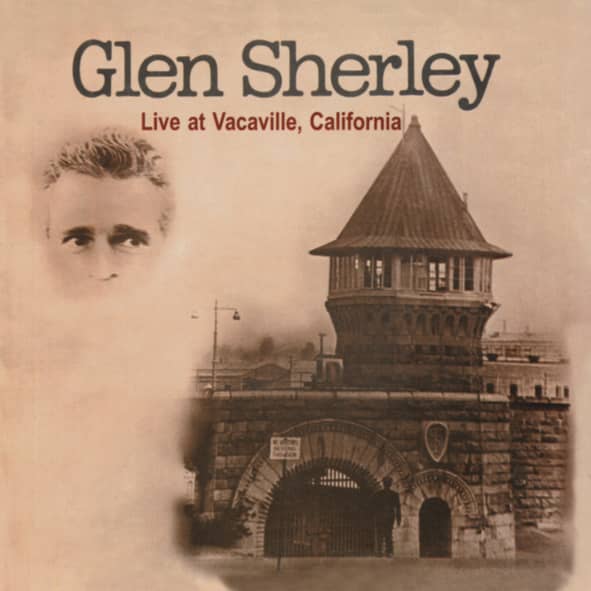 Just thirty-five years have elapsed, but all of the major participants in the short and tragic saga of Glen Sherley are no longer among us. The most tangible artifact is this record, itself unavailable for many years. Glen Sherley left us with little in the way of interviews and published recollections, but his record imparts a very sure sense of who he was and what he believed.

To all intents and purposes the story begins at the El Rancho Motel in Sacramento, California, late in the evening of January 12, 1968. Johnny Cash and June Carter were booked in there, and Cash was anxiously checking weather reports from Nashville, concerned that Carl Perkins, the Statler Brothers, the Tennessee Three, and Columbia's A&R man, Bob Johnston, would be unable to join him. He had a show planned at Folsom Prison the following day, and it was to be recorded. Then, as midnight approached, he found that the rest of his troupe was in San Francisco and knew they'd be able to make it.

A local clergyman, Floyd Gressett, ministered to Cash when he lived near Ventura, California, and started prison visits when one of his parishioners, Earl C. Green, was convicted of murdering a man with a baseball bat. Gressett went to see Green at San Quentin, where he was scheduled for execution. "After eighteen months on 'the row," Gressett told a local reporter, Glen Beley, "he received a reduced term to life imprisonment and was transferred to Folsom Prison. I continued to visit him at Folsom and he became the 'Voice of Folsom Prison' on their radio station that was beamed into the cells."  Green loved Johnny Cash's music, and asked Gressett if it would be possible to schedule a Cash prison concert. Two years later, in November 1966, Cash made an unheralded first appearance at Folsom, and went over so well that Gressett was asked repeatedly to book a return visit. A return date was eventually set for January 13, 1968. Meanwhile, Earl Green had convinced a young inmate, Glen Sherley, to give one of his songs to Gressett. Sherley eventually asked for it to be returned. "I felt it wasn't very good," he said, "and if Cash never heard it, he couldn't turn it down. That way, I could always think it was good." But Gressett was insistent that Cash hear the song. 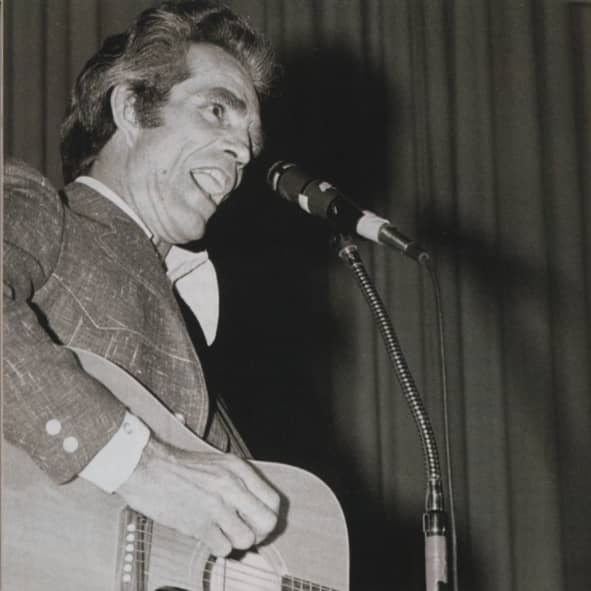 Cash visited his parents in Los Angeles before flying up to Sacramento with his wife, June, and his father, Ray. Reporter Gene Beley and Floyd Gressett flew up with them. They settled into the El Rancho Motel, and, just as Cash was getting ready to go bed, Gressett knocked on his door, asking a favor. "John," he said,

"I want you to hear a song written by Glen Sherley. He's serving five to life for armed robbery. You've been so busy that I haven't had a chance to tell you about it but I thought if you could mention tomorrow that you've heard the tape, it would please that ol'  boy who wrote it."

"Does anyone have a tape recorder?" Cash asked.

Beley had a tape machine to make a reference recording of the concert. They put on Sherley's tape and everyone listened. "All right," came a voice, "this is a take on 'Greystone Chapel.'"

Inside the walls of prison, my body may be,

But the Lord has set my soul free...