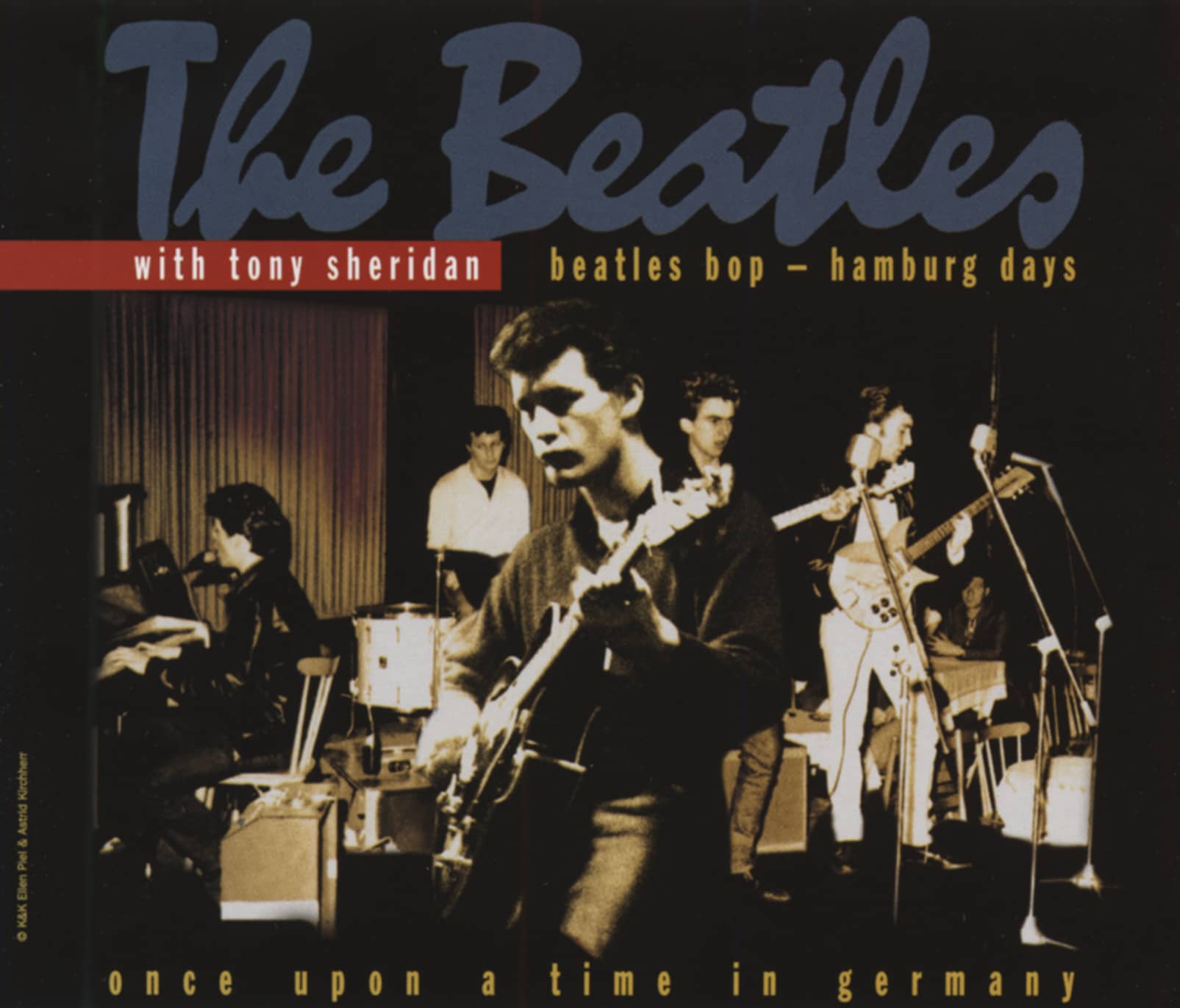 During their first stint in Hamburg, the Beatles met Tony Sheridan, born Anthony Esmond Sheridan McGinnity. Sheridan was a British-born musician from Norwich who had arrived in Hamburg on June 5, 1960, as a member of a band called The Jets. There, he quickly became a star of the local club scene and his success beckoned others to follow. Like many other teenagers in the 50s, Sheridan had started his musical career in a skiffle group. Later in the 50s, he had joined British rock star Vince Taylor, and played with his band on a recording session in 1958. After leaving Taylor's Playboys in 1959, Sheridan worked as a session musician in London for a while and appeared as a guitarist on Jack Good's TV-show 'Oh Boy!' Besides working as a session musician, Sheridan had also worked as a support act for Cliff Richard and Conway Twitty, and in the spring of 1960, he and his trio toured Britain with Gene Vincent and Eddie Cochran.

"They [the Beatles] used to sit in with Tony Sheridan at the Top Ten Club – he helped them and they learned a lot from him."