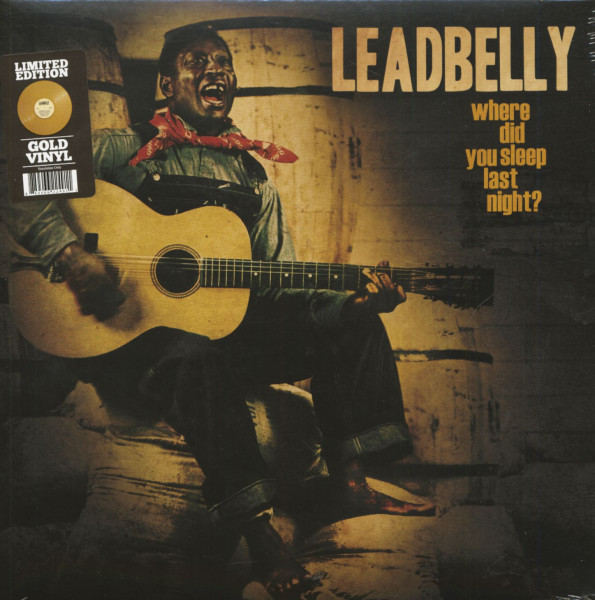 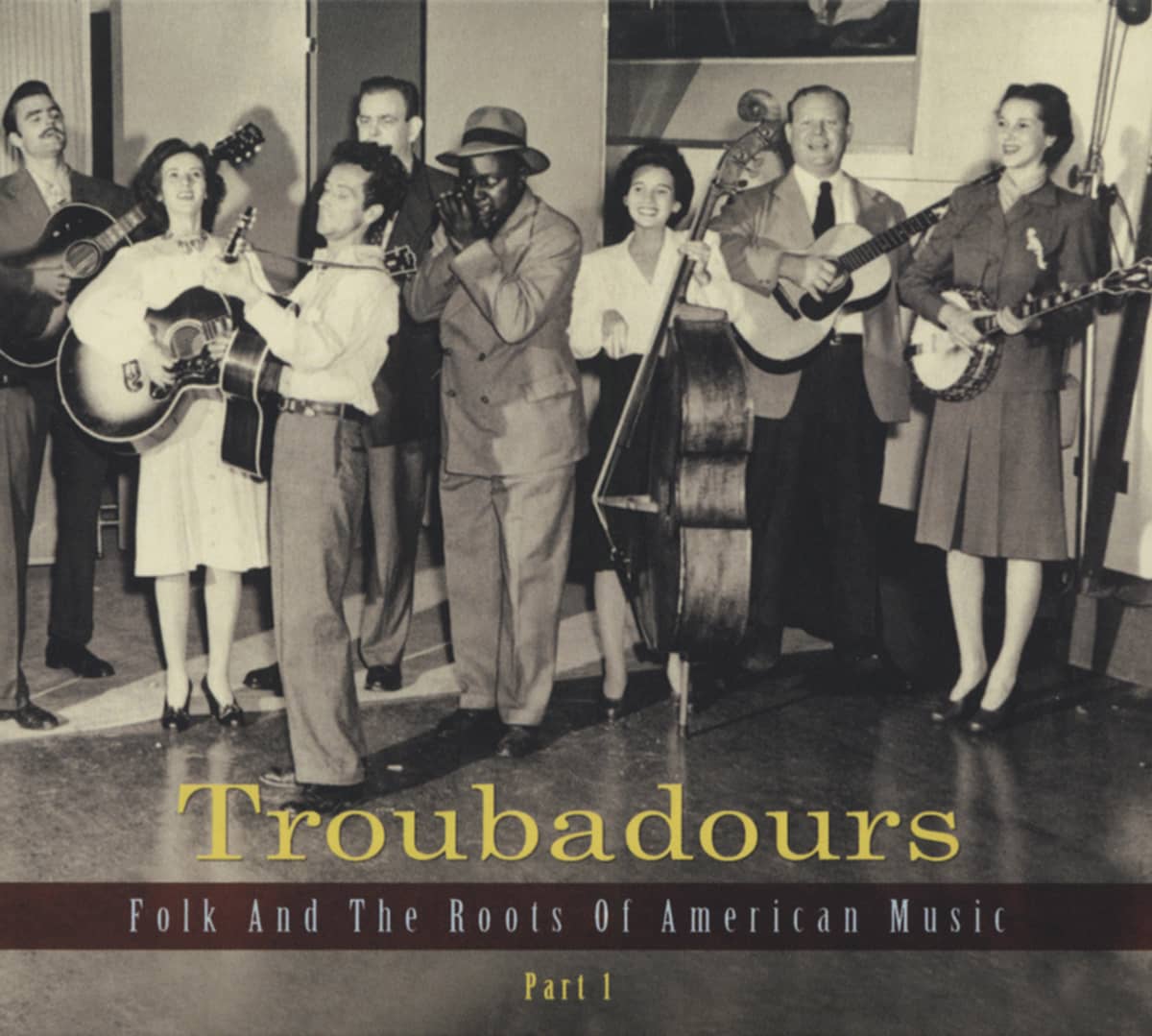 6. Western Plain (When I Was A Cowboy)

A major figure in the American folk revival, Louisiana songster Huddie 'Lead Belly' Ledbetter was the principal source for songs that still resonate with contemporary audiences: Goodnight Irene; Pick A Bale Of Cotton, Cotton Fields, The Midnight Special, Ella Speed, Rock Island Line, Alabama Bound, and Take This Hammer, among others. Like A.P. Carter, he transformed dimly-remembered songs from the past into enduring staples of the folk song repertoire.

Huddie William Ledbetter was born January 20 or 23, 1888 or 1889, near Mooringsport, Louisiana. Primarily raised in Bowie County, Texas, he displayed remarkable musical talent at an early age, teaching himself how to play the concertina. Although details of his early years are sketchy, he may have been playing guitar and piano in Shreveport taverns, dance halls and brothels as early as 1903. After marrying Aletta Henderson in 1908, the couple eventually moved to Dallas's Deep Ellum neighborhood, where Ledbetter partnered with Blind Lemon Jefferson. He also acquired a 12-string guitar, which became his primary instrument.

Probably bi-polar, Ledbetter was prone to fits of violent behavior. After moving to Harrison County, Texas, in 1915, he was arrested following a fight over a woman or for attacking a woman who refused his advances. Three days after beginning his sentence, he escaped from a Harrison County chain gang. Resettling in De Kalb, Texas, under an assumed name, Ledbetter allegedly killed his cousin's husband in a fight over another woman. In 1918 he was incarcerated in Sugarland, a prison farm southwest of Houston, where he likely earned his nickname 'Lead Belly.' He was pardoned and released seven years later, reportedly after writing a song appealing to Governor Pat Morris Neff for his freedom. In 1930 he was arrested in Mooringsport for assaulting a white man with a knife. Barely escaping a lynching from an angry mob, he was tried, convicted and sentenced to Angola State Penitentiary for six to ten years.

In 1933 Warden L.A. Jones allowed John A. Lomax and his son Alan to record prisoners' work songs at Angola. For four days the Lomaxes listened to and recorded male and female inmates. On the fifth day, Ledbetter entertained the visitors. The folklorists were deeply impressed by his vast repertoire and powerful guitar work. When John Lomax asked to return to Angola in July 1934, he specifically asked about 'Lead Belly'. The Lomaxes arrived shortly before he was to be paroled.

Released on August 1, Ledbetter moved to Shreveport and lobbied the elder Lomax for a job. Lomax agreed to hire him as chauffeur on his next field trip. During a visit to the Cummins Prison Farm in Gould, Texas, Lomax recorded seven inmates singing 'The Rock Island Line.' A quick study, Ledbetter learned the song and added it to his own repertoire. Later that year he gave a concert at Bryn Mawr College in Pennsylvania in conjunction with a Lomax lecture. On New Year's Day 1935, Lomax brought Ledbetter to New York City, where his notoriety garnered press attention. He made his first commercial recordings for ARC, but they sold poorly. The following month Alan Lomax interviewed him extensively for a book titled 'Negro Folk Songs As Sung By Lead Belly.'

Following a series of concerts along the northeastern United States, Lomax sent Ledbetter and his new wife, Martha Promise, back to Shreveport. Sensing he'd been exploited, Ledbetter successfully sued Lomax for money he thought he was owed, formally ending their association.

In March 1939, Manhattan detectives arrested Ledbetter for slashing an acquaintance who allegedly made advances toward Martha. Facing prison time at Riker's Island, the singer turned to Alan Lomax for help. Lomax arranged a recording session with Musicraft to help pay his attorney. Upon his release after serving eight months, Lomax took responsibility for his affairs. In June 1940 he brokered a contract with Victor Records, which produced 26 masters, including nine titles with the popular Golden Gate Quartet. Midnight Special, a traditional song Ledbetter likely rewrote while incarcerated at Sugarland, came from these sessions.

During the next two years Ledbetter was an active part of New York's nascent folk scene, appearing on Lomax's radio show and entertaining at cabarets. In summer 1944 he left for California, hoping to find film work. Tex Ritter, already a popular western actor and recording artist, arranged a recording session for Capitol. Songwriter Paul Mason Howard accompanied him on dolceola, a cranky turn-of-the century hybrid instrument that placed a keyboard onto a zither. Western Plain (When I Was A Cowboy) was one of the earliest songs in Ledbetter's repertoire; this spirited record would not be released during his lifetime, although it influenced Van Morrison, Rory Gallagher, and many others to record it. With its descriptive introduction, the Capitol version of Rock Island Line was the likely source for Lonnie Donegan's 1955 skiffle hit.

Although he worked fairly regularly along the West Coast, the film offers never materialized and the Ledbetters were back in Manhattan by early 1946. Radio performances and recording sessions for Moe Asch brought in a little income, but the bulk of his earnings came from college performances. In early May 1949 he flew to Paris for a series of concerts. Having difficulty walking, he visited a French physician who diagnosed amyotrophic lateral sclerosis, an incurable, progressive nerve disease. Returning to the United States, he continued performing until mid-July when he entered New York City's Bellevue Hospital. He died there December 6, 1949.