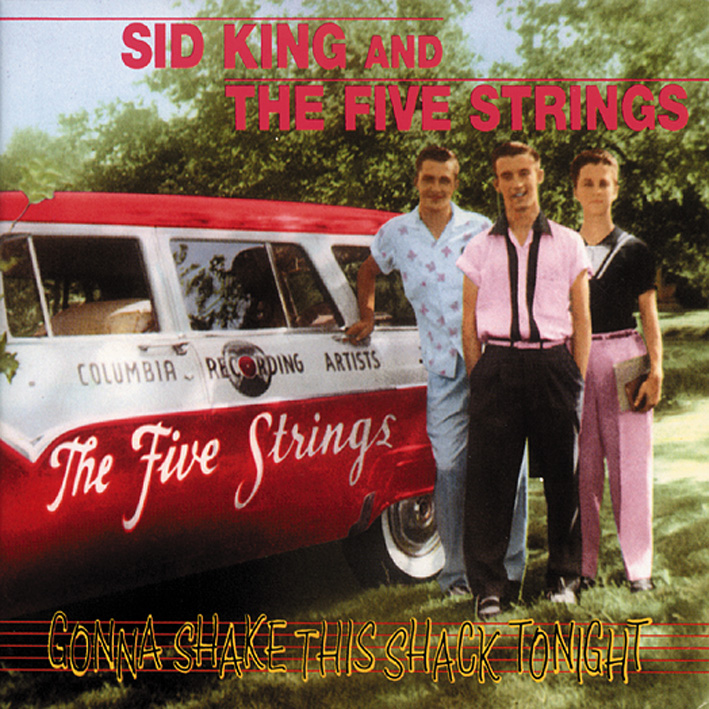 Sid King & the Five Strings had come a long way since their September 1954 'Big 'D'' debut. Columbia Records stars who would ink a management contract with Ed McLemore some months down the line, they were semi-regulars on the 'Big 'D''throughout 1956. Their performance here of both sides of their new single, Booger Red b/w Ooby Dooby, is engagingly ragged. Steel guitarist Mel Robinson had recently switched to sax as the group edged toward a less country sound and image, and his growing pains are obvious (sax parts on the recording were played by Clinton Scott). This collection contains three different performances of the Roy Orbison-Dick Penner song spanning several months, reflecting The Five Strings' version's popularity locally (though Orbison would, of course, have the bigger hit). They allow us to hear Robinson's progress over that time.

Between King's performance and that of Carl Perkins is the wildly contrasting take on the hillbilly and bluegrass standard Salty Dog Blues by Eddie Shelton & The Kentucky Mountain Boys, whose 'Jamboree'heyday was unfortunately short-lived. They soon changed their name to the Country Cut-Ups and would continue to guest occasionally on the show well into the '60s. Shelton would later form the influential Stone Mountain Boys, with Byron Berline on fiddle, recording extensively in the 1970s. He wound up his career in Central Texas playing with the Leon Valley Bluegrass Band until his death.