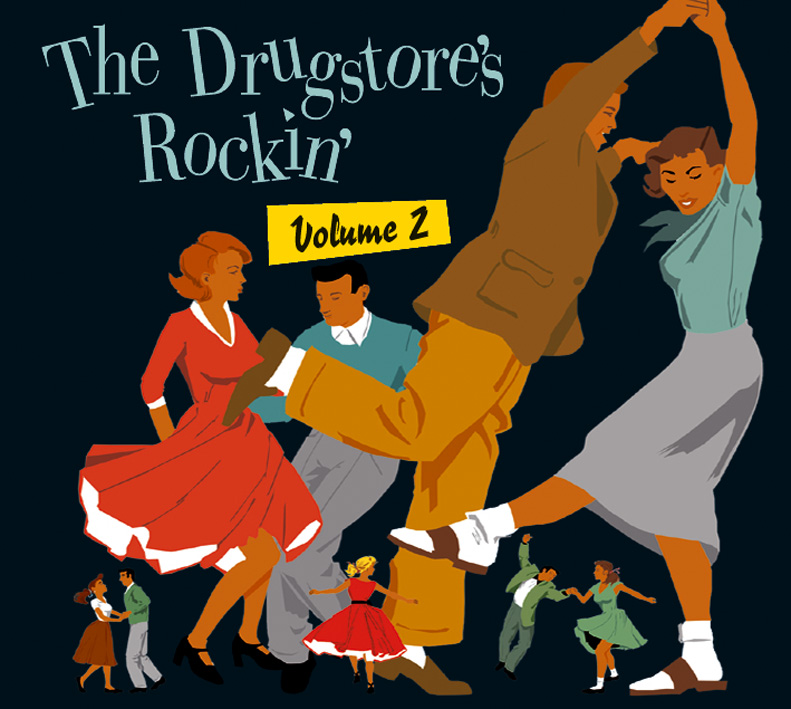 Signed with a great deal of fanfare in 1957, Milton Allen Graves was talked about in the RCA corridors as the next Elvis. He'd grown up in Houston and was singing at a nightclub in Lafayette, Louisiana when he was discovered by an RCA field representative. RCA brought him to Nashville for a session in May 1957 that remained unissued until Bear Family found it. Jethro Burns was listed as lead guitarist, but Hank Garland seems a more likely candidate based on our entry here, It's Simply Grand. RCA's Steve Sholes had probably brought the song down from New York: it was from the industrious Bobby Stevenson and Dave Hill (who co-wrote I Got Stung for Elvis and Speedy Gonzales for Pat Boone, and later became an A&R man at Kapp Records). Milton's background in light opera makes him a less-than-endearing singer, and his problems were apparently compounded by a domineering mother who made all the wrong moves. By the Sixties, he was working as a dee-jay in San Antonio but still recording occasionally. His Robin Records single featured future Monkee Mike Nesmith and future Doug Sahm alumnus Augie Meyers. The US Social Security service reports that a Milton A. Graves from Harris, Texas was born on May 12, 1937 and died on July 9, 1996. Although one is loath to pronounce someone dead without conclusive evidence, all signs point to Milton Allen now singing with the choir invisible.