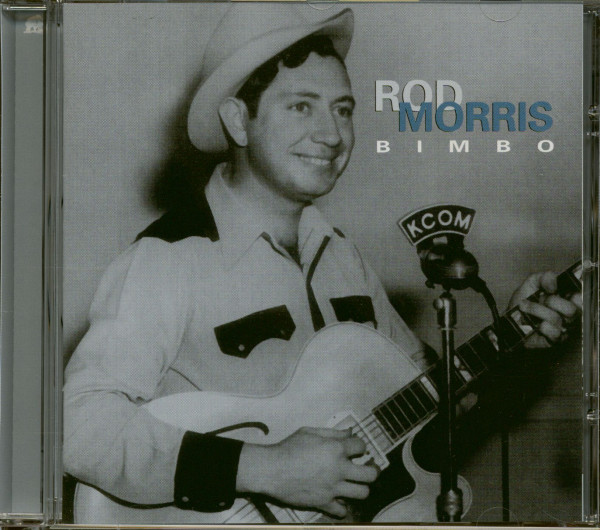 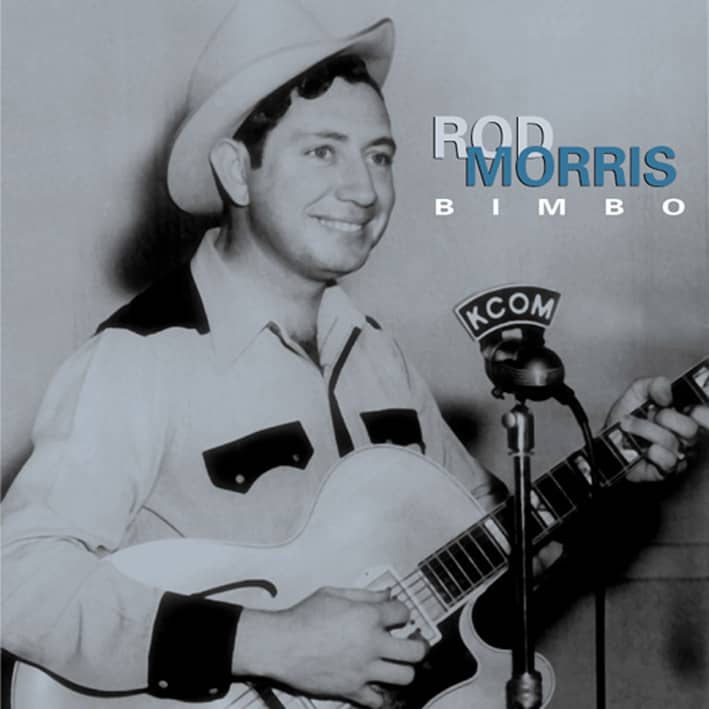 "Rod was a talent, a great talent. That's why Capitol wanted him so bad, 'cause his writing ability was unquestionably great. He could sit down and hear some off the wall saying and write a song. Even during a recording session. They said, 'That song's too short.' So he sat down at the piano and wrote another verse to it. Just uncanny how he could write."

Although he achieved some renown briefly in the 1950s, Rod Morris is, today, obscure to say the least. This is true despite the fact that he wrote (and first recorded) Bimbo, an important hit for up-and-coming Jim Reeves in 1953, and Slim Whitman's hit from the same year, North Wind, and despite the fact he recorded for major label Capitol for three years, continuing to record into the 1970s.

Even in his Capitol heyday -- if one can call it that -- Morris seemingly had a singular knack for avoiding publicity. His name shows up briefly in 'Billboard' a couple of times, but he seems never to have courted, as so many country acts of the day did (big names as well as those far more obscure than Morris) the ubiquitous consumer publications like 'Country Song Roundup' or 'Cowboy Songs' -- mags that so often give researchers and historians valuable details about lesser known regional acts of the 1950s.

He toured with Capitol package dates for a time, like a summer 1952 swing through the Southwest with Skeets McDonald, Gene O'Quin and others, but usually kept a far lower profile, based in such seemingly unlikely places as Sioux Falls, South Dakota, and Norfolk, Nebraska. While a small upper-midwestern city like Sioux Falls wasn't in reality quite as unlikely a spot as it may seem now for a rising regional country singer and writer, Morris seems usually to have preferred to play local clubs there six nights a week rather than tour behind records. This alone paints him as an unlikely choice for a major label contract in an increasingly competitive and nationalized scene of the early 1950s.

But Capitol didn't sign Morris as an upcoming-and-coming singer. Morris had a pleasant voice -- his penchant for Eddy Arnold-inspired work would surface only occasionally during his Capitol tenure -- and a decent band, but, as his steel guitarist from the period, Bill Schlotter, puts it, "Capitol didn't really want Rod's singing, but in order to get him to sign a writer's contract [not with Capitol, but with an affiliated publisher, Fairway Music], they had to record him also. He was a terrific writer...Give him an idea for a song and he'd sit down and write a song. Something like Roger Miller, but not as talented a musician as Roger."

Obscurity aside, and despite the lack of any hits, it was still an engaging and fruitful association. He may have cut no classics, but Morris did cut some good music at Capitol -- good timey, semi-western swing. Some of it was more pleasant than arresting, but the songs were catchy and above average, the band was good and the singer was strong. This collection gathers all of Morris' Capitol sides, twenty four in all, cut between 1951 and 1954, and including his original version of Bimbo and other notable recordings like Free, Wise, And Twenty One and I Feel Like A Wreck (Looking For Somewhere To Happen).

Detailed biographical information about Rodney (his given name may have been Rogene) Morris is pretty thin on the ground. He was born in Brookfield, Missouri, on January 28, 1919, and apparently reared west of there in Excelsior Springs, northeast of Kansas City. He came from a musical family -- his father and brother both played -- and he was playing music from age ten, hopping freights to see the world by age 14. According to Capitol Records publicity written shortly after he signed with the label, "By continually entering amateur contests he achieved a name for himself and got his first radio show in Kansas City over KITE. He organized his first band when he was 18."

Morris served in the European theater during World War II and returned, according to Bill Schlotter, with a German war bride, Anna. Soon after the war he reformed his own band, the Missourians, and worked both in his home state and through the upper midwest. At some point in the late '40s he cut at least three singles for the small independent Central Records, a label apparently based in Missouri. These sides, all written by Morris and including the original version of Free, White, And Twenty-One, straddle the fence -- in typical Missouri fashion of the postwar years (witness Austin Wood, Skeets Yaney and others) -- between a western swing influence and more straightforward country stylings. There's a dance hall swing-feel and Bob Wills-influenced hollers, for example, on Free, White, And Twenty-One, but the solos, by a steel guitarist called in as Blackie and a fiddler called in as Donny, are fairly rudimentary and unsophisticated.

The Central recordings are engaging, enjoyable sides, at any rate, and mid-tempo ballads like Pancho Serenade hinted at Morris’ admiration for current superstar Eddy Arnold. (At some point, possibly between his sessions for Central and his first recordings for Capitol, Morris also cut at least one single for a Liberty label, which apparently had no connection to the later major.) By the end of the decade, Morris was based at KCOM in Sioux City, Iowa. A few months later, possibly the summer of 1950, he moved over to Sioux Falls, South Dakota, where he began broadcasting over KSOO and playing six nights a week at the Palm Grove night club. Sioux Falls was a small city of roughly 30,000-40,000 at the time and it seems to have boasted a very active local country scene, as well as being a common stop for regional and national touring acts.

The band Morris brought to Sioux Falls included the leader on rhythm guitar, lead guitarist Jackie Bush, brothers Russ (bass) and Johnny Cox (drums), and a teengeaged steel guitarist named Lenny Dixon, who returned to Sioux City, Iowa, after several months to resume high school. Dixon's replacement was Bill Schlotter, a veteran musician who'd worked mostly as a rhythm guitarist and bassist to date. From Greensburg, Pennsylvania, he'd worked the Wheeling Jamboree before the war with Wilma Lee and Stoney Cooper, and after a stab at a career in professional baseball had settled in Sioux Falls playing music. He worked for Curly Boyd's Dakota Cowboys, with future Lawrence Welk accordionist Myron Floren and others before being offered the job with Morris.

Schlotter had taken lessons in 1948 from Noel Boggs when the latter, traveling with Spade Cooley's orchestra, had been snowed in in Sioux Falls for a few days, rekindling a childhood interest in the instrument. Boggs told him that bassmen and guitarists were a dime a dozen but that steel was the coming thing. "He showed me tricks of the trade, how to make this chord and that chord. We became fast friends."

Great stuff! Includes the best version of 'Alabama Jail House' which is his toughest one to find on 45rpm - so I'm more than happy with this album!