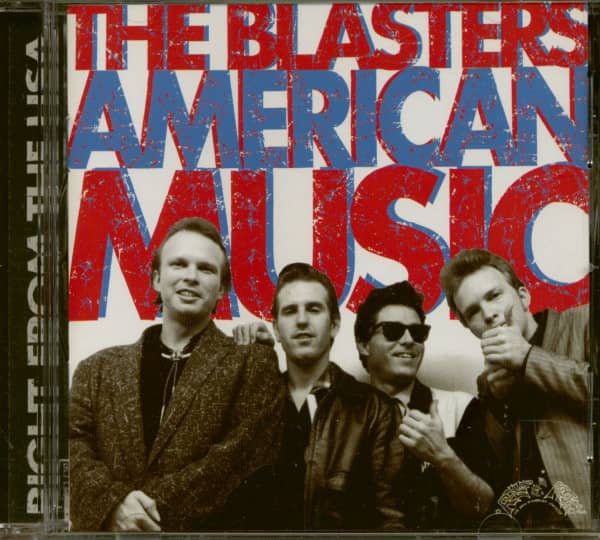 Pour en savoir plus sur The Blasters
The Blasters When Phil and Dave Alvin first phoned me saying they had a band doing... plus
Fermer menu
"The Blasters"

When Phil and Dave Alvin first phoned me saying they had a band doing "Rockabilly"-type material, I thought to myself: "Sure, everybody claims to be doing it these days." But a few days later they stopped over at my house and played me a cassette of some of the stuff they'd been doing. I was astounded! Indeed this was the first L.A. band in a decade (aside from Ray Campi's) that really excited me.

A while later I went to see them play in some bar. Yes, indeed, they were the "REAL THING." The news spread fast: The BLASTERS are IT! Overnight they have become the favorite band of such other Rock 'n' Roll celebrities as Ray Campi, Jimmie Lee Maslon, Johnny Legend, etc. The Blasters' style is highly influenced by Rhythm & Blues, New Orleans, Cajun, Blues, Hillbilly and Rockabilly. They draw their inspiration from the roots of American music, yet their music is totally modern, a breath of fresh air to start off the 1980's!!!

People have often described their style as "Rockabilly," "Rhythm 'n' Blues," or "Rock 'n' Roll," but when one asks Phil Alvin how he would describe it, the answer is disarmingly simple. "AMERICAN MUSIC." Ain't nothing else I can add to that!!! Keep on Rockin; — Rockin' Ronny Weiser, 1980

Dave Alvin about The Blasters

The Blasters owe a lot to a truck driver whose name I've forgotten. Phil, Bill, John and I were working day jobs, rehearsing at night in a factory in Gorden Grove and trying desperately to find any steady gig that paid more than free beer. Our friends, James Harman and Mike Foresta, had recorded a demo tape of us and we'd taken copies to every "cool" nightclub in the Hollywood!

West L.A. area but no one was interested in a roots band, especially one from Downey, California, with no hip credentials. After reading somewhere about "Rockin" Ronny Weiser and his small rockabilly label, Phil called him about the possibility of recording us. He was skeptical until Phil sang and played guitar over the phone. And within an hour Phil and I were sitting in Ronny's living room playing him our tape.

Ronny dug the tape but still wouldn't make a commitment to record us. (After all, we'd only played in biker and country bars on the decidedly untrendy southeast side of LA. County and we knew none of the Hollywood scenesters and tostemakers and they definitely didn't know us). Until this truck driver came by Ronny's to pick up boxes of records to be shipped. "Who's this playin'?" He asked Ronny. "It's us." Phil said. "Is this what these records are?

If it is, I'll buy a copy. My wife and I dig this kind of music. You can't find music like this anymore." We couldn't have asked for more even if we had paid him a million bucks. After he left, Ronny quickly discussed when we'd record our first album and within a few weeks we were in Ronny's garage/studio. James and Mike were with us for moral support. We drank a lot of beer. Phil, the most experienced, led us patiently and sang his heart out. Crystal, Ronny's German Shepherd pup, barked through various takes (listen closely on "Crazy Baby").

James let me record with a white Fender Stratocaster that he swore once belonged to Magic Sam. I made mistakes I'll spend the rest of my life trying to forget, but Ronny kept pushing us to quit thinking too much and just keep it rockin'. (and with a rhythm section like John and Bill, that was no problem)

After that first day of recording, we drove back to our side of town punching each other in excitement and jumping up and down in the car seats like little boys. We yelled at strangers in passing cars that we'd made a record and we were gonna be famous. I remember at one point all four of us had our heads out the car windows, laughing, cursing, screaming and howling at the moon. 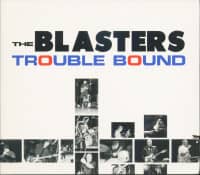 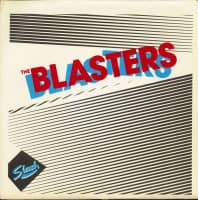