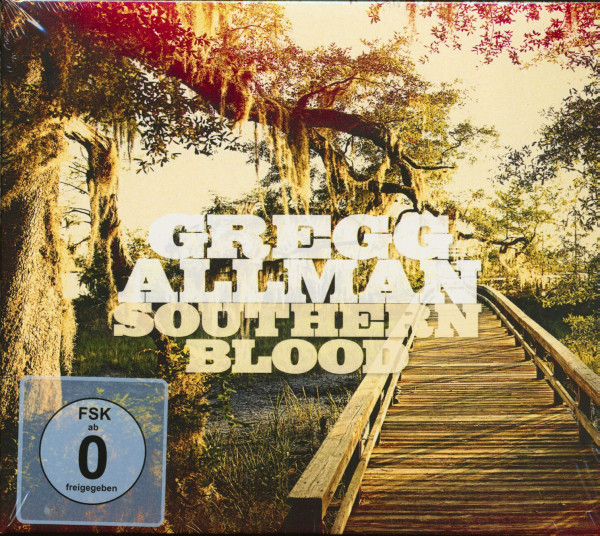 (2017/Rounder) 10 Tracks - Ecopack - The goodbye-album! In May 2017 the world of Rock Music had to say goodbye to one of the greats: Gregg Allman had passed away at the age of 69 in Savannah, Georgia. With »Southern Blood« you're holding the last album of this music-legend in your hands which he recorded shortly before his death. An album full of cover songs, featuring Jackson Browne! - The enclosed DVD contains the album's making-of!

Gregg Allman, a founding member of The Allman Brothers Band, passed away May 27th at his home in Savannah, Georgia.

Gregg struggled with many health issues over the past several years. In 2010 he underwent a liver transplant, after he was diagnosed with hepatitis C in 2007.

Gregg’s long time manager and close friend, Michael Lehman said,
“I have lost a dear friend and the world has lost a brilliant pioneer in music. He was a kind and gentle soul with the best laugh I ever heard. His love for his family and bandmates was passionate as was the love he had for his extraordinary fans. Gregg was an incredible partner and an even better friend. We will all miss him.”

For the first Allman Brothers Band LP without Duane, guitarist Dickey Betts offered up Ramblin' Man, a song he hoped to pitch in Nashville. Talking to the 'Wall Street Journal,'he said, "In 1969, I was playing guitar in several rock bands that toured central Florida. Whenever I'd have trouble finding a place to stay, my friend Kenny Harwick would let me crash at his garage apartment for a few days in Sarasota. Kenny was a friendly, hayseed-cowboy kind of guy who built fences and liked to answer his own questions before you had a chance. One day he asked me how I was doing and said, 'I bet you're just tryin' to make a livin' and doin' the best you can.' I liked how that sounded and carried the line around in my head for about three years. Then one day in 1972, I was sitting in the kitchen of what we called the Big House in Macon, where everyone in the band lived - and decided to finish the lyrics. The words came fast, like I was writing a letter. When [producer] Johnny Sandlin asked if I had any songs for our upcoming album, I ran down 'Ramblin' Man' on my acoustic guitar. Everyone in the room went nuts. My inspiration was Hank Williams's 'Ramblin' Man, ' from 1951. His song and mine are completely different but I liked his mournful, minor-chord feel. Except for Kenny's line, the rest of the lyrics were autobiographical. When I was a kid, my dad was in construction and used to move the family back and forth between central Florida's east and west coasts. I'd go to one school for a year and then the other the next. I had two sets of friends and spent a lot of time in the back of a Greyhound bus. Ramblin' was in my blood But the song, as I originally wrote it, had a country flavor and needed to be Allmanized - given that rock-blues feeling. I thought of Eric Clapton's 'Layla' - which had come out a year earlier - with its long jam at the end. I figured something like that might work. When we went into Capricorn Sound Studios in October '72, 'Ramblin' Man' was the first song we recorded - and it would be [bassist] Berry Oakley's last song before he died in a motorcycle crash a month later. I knew it needed a solid intro to grab the listener. My daddy had been a fiddler and I heard a lot of fiddle music as a child. I had a ukulele and had played along with him. What I came up with for the intro was a fiddle-like opener built on a pentatonic scale - but with me on guitar and Chuck [Leavell] on piano exchanging lines."

Budding guitar star Les Dudek was there when Ramblin' Man was cut: "Dickey invited me to the studio. They'd record parts and listen back to hear how the song was developing. Dickey kept asking what I thought of his overdubs and I'd tell him. Finally he said to come out in the studio and play it with him. I played the high harmony parts and Dickey played the low ones. After we recorded the first set in the lower register, we overdubbed the same harmonies in the higher register. Then they stacked them all together on the tape. You hear us where the riff starts to repeat and there's a wall of guitars playing harmonies in two octaves."

The result was a #2 single, headlining a #1 album, definitively answering the question of what the Allman Brothers Band would do without Duane. 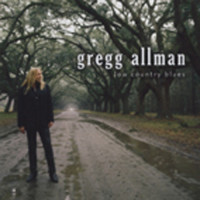 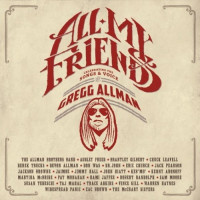 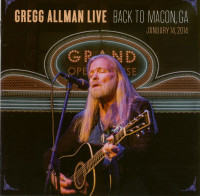 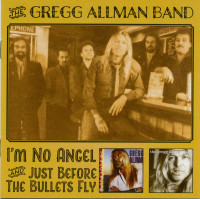