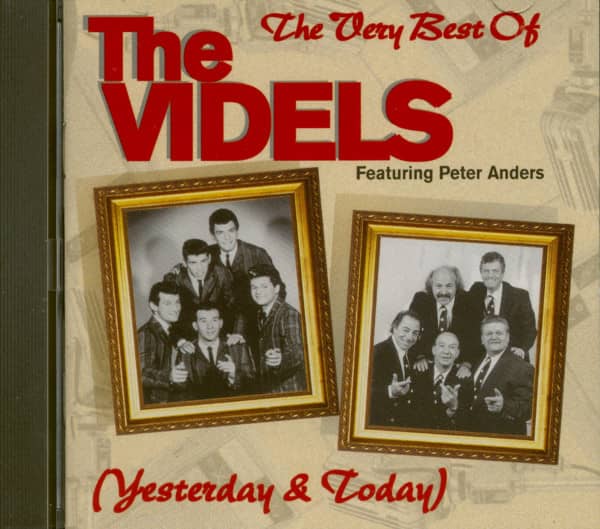 The Videls: Best Of Yesterday And Today (CD)

Providence, Rhode Island was home for Peter Andreoli and Vincent ‘Vini’ Poncia, Jr. Peter was attending Mount Pleasant High School when he took over lead vocal duties for the doo-wopping Videls (he would later shorten his surname to Anders). Poncia came in shortly thereafter as The Videls’ guitarist, vocalist, and musical director. The pop-slanted quintet made their 1959 vinyl debut with Place In My Heart b/w Be My Girl on building contractor Joe Criscione’s Rhody Records.

Anders and Poncia co-wrote Mister Lonely, The Videls’ 1960 offering on New York’s JDS Records. It made a #73 splash early that summer on ‘Billboard’s’ Hot 100 (Anders penned the B-side, I’ll Forget You). JDS next issued the quintet’s Now That Summer Is Here, another Anders/Poncia collaboration. Joe Sherman’s violin-enriched arrangement enhanced its innocent tone, perfect for lounging on a beach blanket (the duo also supplied the flip, She’s Not Coming Home). The Videls moved over to Kapp Records for a pair of ’61 singles, I’ll Keep On Waiting and A Letter From Ann. Pete and Vini hooked on at Hill & Range Music as writers before Phil Spector invited the duo to Los Angeles to toil as his collaborators. The pair later returned to New York and scored a 1965 hit as The Trade Winds with New York’s A Lonely Town on Red Bird Records.