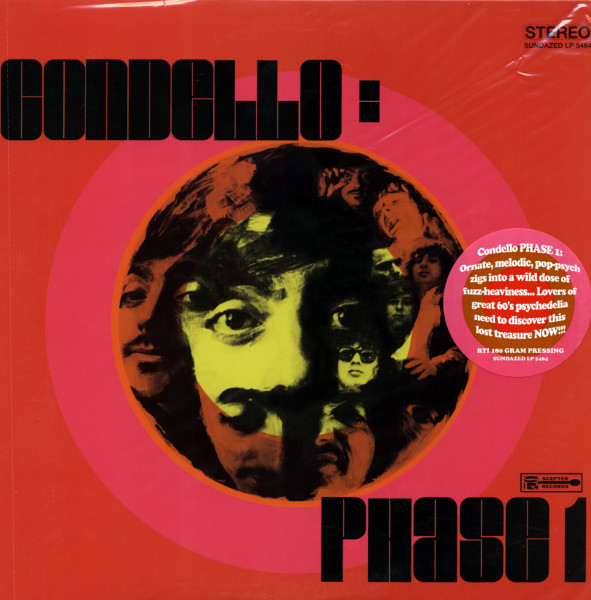 Mike Condello influenced so many local musicians out there on television every day with KPHO-TV's Wallace and Ladmo, as the house band at Jack Curtis' Stage 7 club, on his own record label Take Five, with Hub Kapp and The Wheels on Steve Allen, as Last Friday's Fire in 1967-68 and later as just Condello, and almost making it big-time with Elton Duck (quashed at the time by Arista Records President Clive Davis, and now, thanks to some hard work by Lee Cooley last year, that album is finally available to the masses.)

Mike Condello was born in Brooklyn, New York, on May 6, 1946, and moved to Phoenix when he was 7. At 14, he taught himself to play the guitar by sending away for lessons in the mail and started his first band —the King's Four — at North High School with singer Ray Donnell and John Lambert (later of Phil &The Frantics, The Beethoven Soul and Pollution). Two years later, he quit high school and became a professional, full-time musician.

The Mike Condello Combo (with Bob Dearborn and Rich Post) were regulars at Stage 7, a Phoenix teen club. It was there Mike met Bill Thompson, A.K.A. television's Wallace. In 1962, Thompson hired 16-year-old Condello to be the music director for Teen Beat, a local music showcase, which aired on KPHO-TV. Soon After, Mike became the music director for the wacky Wallace and Ladmo kids show. This was a dream come true because Mike was a huge fan.

Condello and his combo recorded under various names during the '60s (Hub Kapp and The Wheels and Commodore Condello are probably the best known to collectors) and rounding out this disc are rare Condello-related 45 tracks by Condello, Last Friday's Fire, The Skallywags, Heckle and Jeckle, The Morgan-Condello Combo and more.