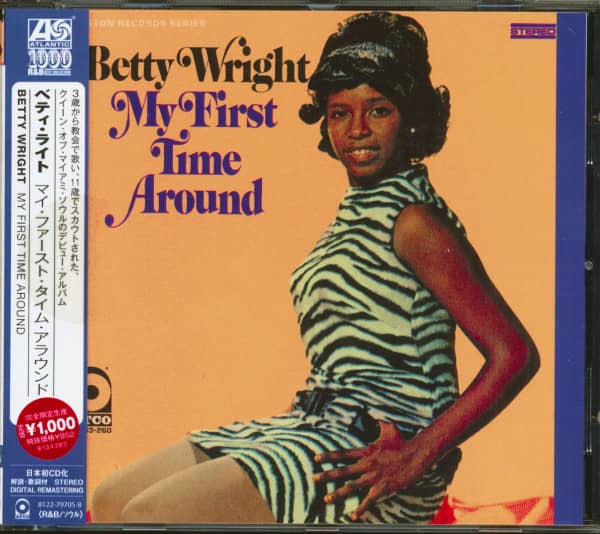 Girls Can't Do What The Guys Do

Girls Can't Do What The Guys Do

So young when she had her first hit that she should have had a babysitter in the studio, Betty Wright nevertheless had experience behind a mic even then.

The Miami native, born December 21, 1953, had been reared on gospel, singing in a family group, The Echoes Of Joy, when she was three. Wright went secular as a happy result of winning a free record on a call-in radio contest. When she showed up at Johnny's Record Shop to pick up her 45, she happened to sing along as Billy Stewart's Summertime spun, her mesmerizing pipes catching the ear of the founders of Miami's Deep City Records. Betty sure didn't sound 13 on her Deep City debut, Good Lovin', but she was.

Deep City co-founder Willie Clarke and his prolific pal Clarence Reid co-wrote Betty's next single, Girls Can't Do What The Guys Do. Deep City was about to be deep-sixed, and Clarke took Wright to Henry Stone, long Miami's preeminent R&B label owner. The song was produced by Miami singer Steve Alaimo, a former regular on Dick Clark's mid-'60s TV show 'Where The Action Is,' and Brad Shapiro, who had started out as the bassist in Alaimo's first band, The Redcoats, and arranged by Ray Love. Betty's alluring Girls Can't Do What The Guys Do came out on Alston Records, one of Stone's many imprints. Despite a Judy White cover on Buddah, Betty's Atlantic-distributed Alston original was the hit, peaking at #15 R&B and #33 pop.

Alaimo and Shapiro produced Wright's debut album for Atco, 'My First Time Around' (the studio band included guitarist Joey Murcia and future Allman Brothers drummer Butch Trucks). Steve and Betty also cut a delicious '69 duet for Atco, I'm Thankful. "I was producing her. I was still recording at that time, so we took a shot," says Steve. "It was great. We had a lot of fun."

Betty really started having some fun when her fabulously infectious Clean Up Woman, another Clarke/Reid copyright, made her a major R&B star as it went gold in 1971 for Alston (Willie 'Little Beaver' Hale was its fabulously fluid guitarist). She stayed on Alston to the end of the decade, racking up a stack of hits: Baby Sitter (1972), Let Me Be Your Lovemaker (1973), Secretary (1974), Where Is The Love (1975), and Tonight Is The Night Pt. 1 (Rap) (1978) being the biggest. Wright later founded her own Ms. B. logo and scoring a solid seller in 1988 with No Pain, No Gain.