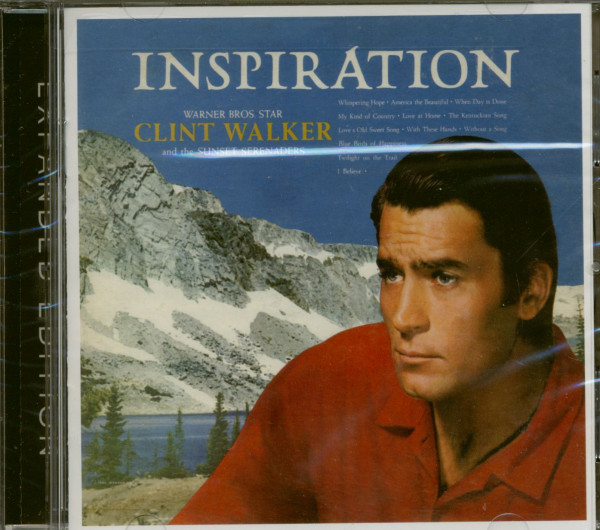 (2017/Real Gone) 13 tracks (38:14)
-
Much like his namesake Clint Eastwood (whose sole album is also a Real Gone release), Clint Walker was the star of a TV western (Cheyenne) who parlayed his TV stardom into a recording contract, and, like Clint, being a TV cowboy he went country on this 1959 Warner Bros. release. Or rather country gospel, for Clint’s Crosby-like croonings reveal a somewhat gentler soul than his steely-eyed counterpart. In fact, Clint is a heck of a singer, and the label surrounded him with top-notch talent, in this case arranger/conductor Ralph Carmichael, vocal arranger Jimmy Joyce and Hollywood's finest session men including organist Buddy Cole for what is an unexpectedly musically satisfying affair that has since become something of a cult classic. And for this Expanded Edition, we’ve added Clint’s single-only rendition of 'Silver Bells!'
Notes by Todd Everett featuring quotes from Clint.