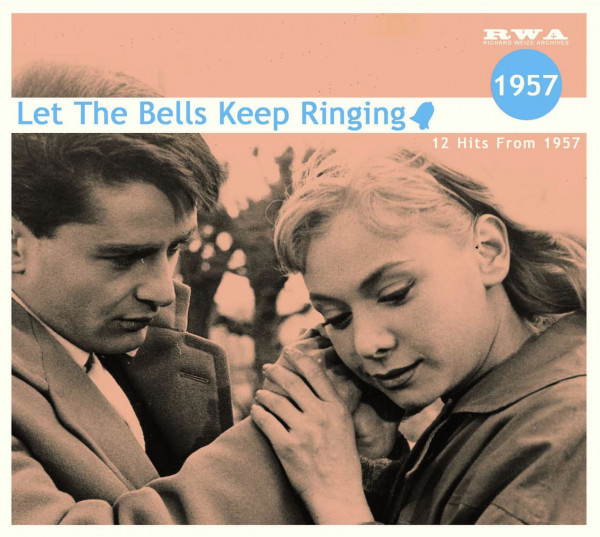 Arthur Shimkin was an expert at selling records to children. In 1948, he talked the New York publishing house Simon and Schuster into bankrolling GOLDEN RECORDS, an instant sensation with the kiddies. Golden Records were pressed on bright yellow wax, measured a pint-sized six inches in circumference, and at the beginning listed for only 25 cents. When Shimkin set his sights on a more mature demographic in 1952 by launching BELL RECORDS, he retained his maverick mindset.,

Instead of creating fresh material for his artists to record, Shimkin covered the hottest pop sellers of the day with lesser-known singers, again marketing them at vastly reduced prices but insisting on hiring top-flight session players and utilizing some of New York's best recording studios.From 1952 to 1960, BELL RECORDS released a slew of singles that surveyed the best songs of the era – almost entirely pop fare early on but eventually shifting into rock and roll. The nine albums in this series survey the best of each year's BELL re- leases and include some surprising names: the 1954 collection features brothers Tommy and Jimmy Dorsey, and Western im- mortals Roy Rogers and Dale Evans. R&&,B stars Buddy Lucas and Edna McGriff turn up on subsequent CDs.,

Betty Johnson, who brought rich country roots to the party and enjoyed some rock &&, roll success in the late 1950s, makes an appearance on BELL in 1954 covering This Ole House. In 1959, Tom and Jerry made a notable appearance on BELL RECORDS with their cover of Jan &&, Dean's hit Baby Talk. The record had originally ap- peared on the BIG label, which found itself in bankruptcy court barely two years after Tom &&, Jerry's minor 1957 hit Hey School Girl. Five years after 'babytalking,' Tom &&, Jerry were back as the godfathers of folk rock, recording under their given names, Simon &&, Garfunkel. But BELL introduced many a vocalist that came and went with only one or two impressive sides to re- member them by – and they're here too.,

BELL RECORDS have never been treated as comprehensively as they are on these nine collections!