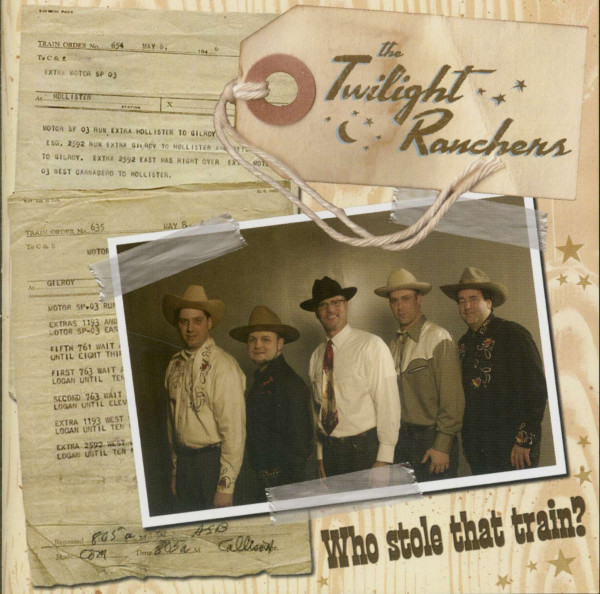 Longtime fans of Boston's hillbilly scene get misty-eyed when the conversation turns to the golden age of the early '50s. There was a day when the airwaves crackled with WCOP's Hayloft Jamboree (three shows a day at one point!), country music was all you heard at dozens of nightspots in and around BostOn, and even the snootiest Hah-vand-educated Boston Brahmin could walk into II Walker's Riding Apparel and walk out looking like Bob Wills. Indeed, it's been reported that Boston alone accounted for 25% of all country record sales in the American east during that era.

So it's bats off to The Twilight Ranchers for doing their level best to turn back the clock to that golden age. I first encountered them on a Friday night at the Plough and Stars in Cambridge; a bunch of guys dressed to the nines in vintage western duds and playing instruments at least as old as the songs they were playing. What stood out was the music, though; a blend of classic honky-tonk, hillbilly, and a bit of western swing that had feet a-tappin' and liquor a-pourin'. There was really no room to dance, but people did anyway.

Having since hooked up with string wizard/producer Sean Mencher (High Noon, Wayne Hancock) and engineer Matt Robbins (King Memphis), The Twilight Ranchers now offer the rest of the world a bit of. what Boston's been hearing for the last couple of years. So without any further ado, I give you WJ, Rob, Jon, Brad, and Matt - The Twilight Ranchers!
-Jon Johnson, Country Standard Time magazine.