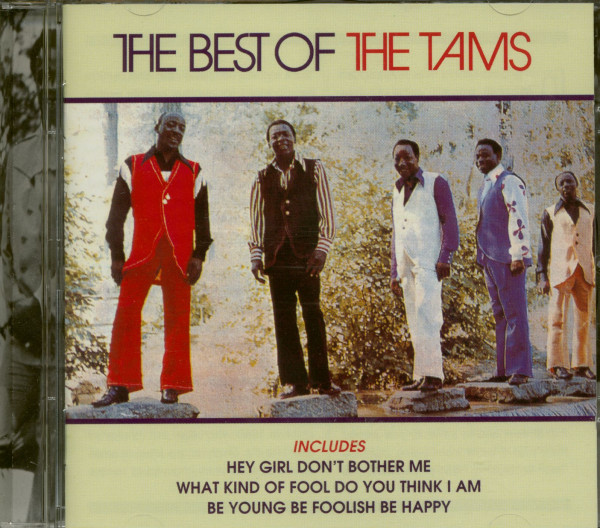 The Tams: The Best Of The Tams (CD)

Propriétés de l'article: The Tams: The Best Of The Tams (CD)

What Kind Of Fool (Do You Think I Am)

What Kind Of Fool (Do You Think I Am)

Atlanta had long been an R&B hotbed, but The Tams were one of the city's precious few vocal groups. Named after the blue headgear they modeled onstage during their formative years, they consisted of brothers Joseph (born November 6, 1933) and Charles Pope, Floyd Ashton, Horace Key, and bass singer Robert Lee Smith. Atlanta entrepreneur Bill Lowery, who owned the NRC label (home to such future stars as Ray Stevens, Joe South, and Jerry Reed), was their manager.

The Tams cut South's Untie Me at Rick Hall's fledgling Fame Studios in Muscle Shoals, Lowery assigning the master to Philadelphia's Arlen Records. The result was a #12 R&B hit in late 1962. Their Arlen follow-ups didn't follow suit, but Lowery didn't give up. At a subsequent Muscle Shoals date, the quintet waxed What Kind Of Fool (Do You Think I Am), Joe Pope's gritty lead vocal contrasting with a trilling flute and swirling rhythm. Penned by another Lowery protege, Ray Whitley, it rocketed to #9 pop after Lowery engineered a pact for the group with ABC-Paramount Records.

The Tams continued to score hits for ABC—You Lied To Your Daddy and its flip It's All Right (You're Just In Love), Hey Girl Don't Bother Me, and Silly Little Girl later in '64 and the buoyant Be Young, Be Foolish, Be Happy in 1968. Their later hits were cut in Atlanta at Master Sound Studios rather than in Muscle Shoals, Al Cottle, Jr. replacing Ashton in 1964. The Tams' original ABC version of Whitley's I've Been Hurt was a regional hit but a '69 pop smash for Bill Deal & The Rhondels, who covered What Kind Of Fool the same year and had another sizable seller.

Long after The Tams stopped piercing the charts, they maintained their following on the Carolina beach music scene. In 1987, they scored a UK hit with There Ain't Nothing Like Shaggin'. Though Joe Pope died March 16, 1996, his brother Charles continues to lead one Tams group, while Smith leads a rival Tams aggregation. 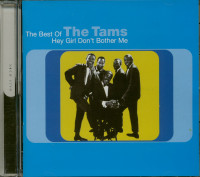