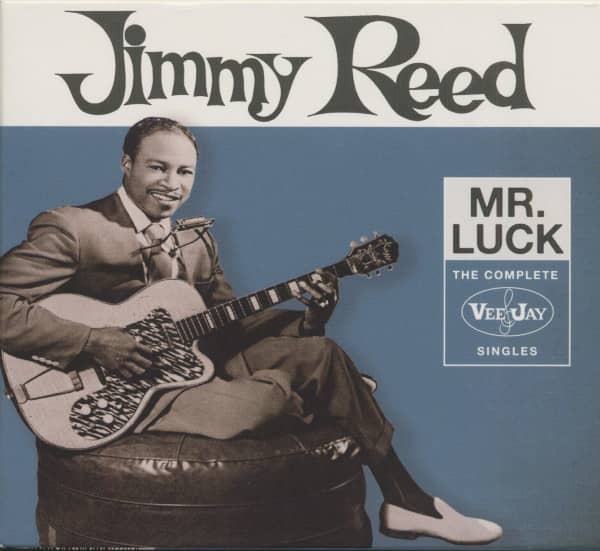 Pour en savoir plus sur Jimmy Reed
Jimmy Reed Although he'd written most of his hits for Vee-Jay Records himself up to this... plus
Fermer menu
"Jimmy Reed"

Although he'd written most of his hits for Vee-Jay Records himself up to this point--You Don't Have To Go (see Disc Three), Ain't That Lovin' You Baby (it's on Disc Four), Honest I Do, Baby What You Want Me To Do (see Disc Five)—Jimmy Reed got Big Boss Man from an unusual pairing of writers: New York R&B producer Luther Dixon (the gent behind the violin-enriched uptown soul of Chuck Jackson and the Shirelles at Florence Greenberg's Scepter/Wand Records) and Jimmy's own Mississippi-born manager and road bandleader, Chicago bassist Al Smith.

Reed's usual rhythm guitarist, the immaculate Eddie Taylor, didn't make the March 29, 1960 Chicago date that produced Big Boss Man. Instead of Taylor, Reed invited new Windy City resident Lee Baker, Jr. to man one of the axes. Down on the Gulf Coast, Baker had called himself Guitar Junior; his 1957 single Family Rules for Eddie Shuler's Lake Charles, Louisiana-based Goldband label had been a regional hit (see Disc Five). Now he was making his first Chicago session as a sideman. Baker wasn't alone on guitar: veteran Lefty Bates and young Curtis Mayfield were also there, along with bassist Willie Dixon and drummer Earl Phillips.

"We had three guitars with Jimmy Reed, which is four!" exclaims the man better known today as Chicago blues guitarist Lonnie Brooks. "Jimmy, he was doing some of the lead parts." The newcomer was a bit in awe of Reed. "It was a dream come true, man," he says. "When I moved to Chicago, I got a chance to work with him. When I went on the road with him the first time, Eddie was with us. He had quit. He got mad and quit, so that's how I got in the picture. He quit, and then after they got me, he came back. (Smith) wanted to play it safe, so he kept me there. He told me, 'Well, you've got a chance to learn all the licks.'"

Jimmy's laconic vocal delivery and high-end racked harp squalls hadn't changed over the years; his snappy yet rudimentary shuffle rhythm remained as engaging as ever. One more essential ingredient: the subtle vocal contributions of Jimmy's wife, Mary Lee 'Mama' Reed, who kept her spouse straight on the lyrics by feeding him each line just before he'd sing it in the studio. "She helped him with all his songs," says Lonnie. "Mama would get in there and get the song, be reading it to him and saying it right in his ear, man. He'd say what she'd say."

Big Boss Man was a #13 R&B/#78 pop seller in the spring of '61, the anthem attracting future covers by everyone from Elvis, Jerry Lee Lewis, and Charlie Rich to the Standells, the Syndicate of Sound, and the Grateful Dead. Even as Chicago blues faded from commercial prosperity, Bright Lights Big City was a smash for Jimmy later in the year; Aw Shucks, Hush Your Mouth, Good Lover, and the jangly Shame, Shame, Shame all nicked the pop listings in 1962-63 (Reed long commanded a surprisingly large white demographic in the Southern U.S.).

Reed's longtime battle with the bottle and recurring bouts with epilepsy took their toll on his health during the latter half of the '60s, when he made four LPs for ABC's Bluesway imprint, and early '70s. He straightened himself out and waged a low-key comeback in 1974, but too many years of self abuse caught up with him. Jimmy died following an epileptic seizure in Oakland, California on August 29, 1976, aged 50. Copied by many, no one ever quite captured his singularly informal style.

"I tell you what, man," says an admiring Brooks. "That guy, he played it wrong, but it sounds so damn good!" 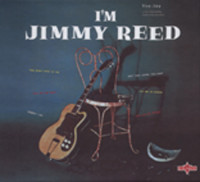 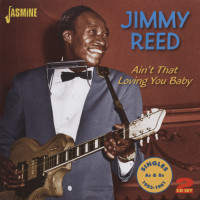