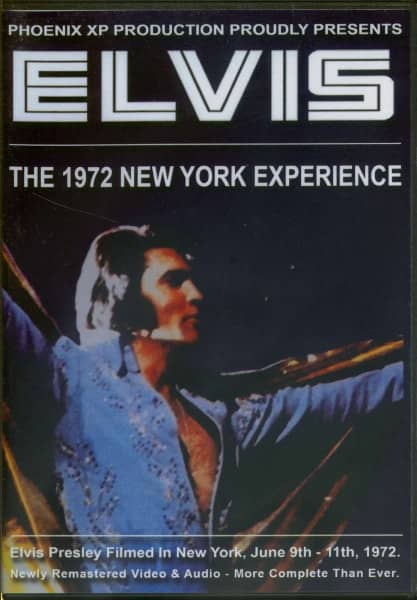 You Know The Rest, Now It's Time For The Best
Why did MGM film your concert earlier in Boston, Elvis On Tour, when they could have filmed it here? Elvis: "I don't know. That's a good question. Why is that, Colonel?" Since MGM did not film it, the fans who attended the shows did it for us, as best as they could. On this DVD you will find all the footage available so far, including rare pictures, eyewitness interviews and for the first time on DVD the complete Press Conference in single or multiple screen, also the complete afternoon show from June 10th 1972.
This is the ultimate "Elvis at the Madison Square Garden" DVD.