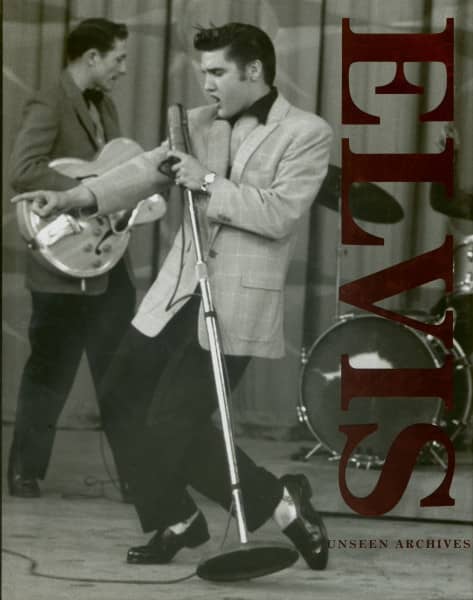 Introduction
Elvis Presley burst onto the American music scene in 1956, although he had been well-known locally around Memphis for some time beforehand. He quickly became synonymous with the new rock 'n' roll music and teenagers everywhere took him to their hearts.

His sensual performing style whipped his female fans into a frenzy, which initially caused much criticism in the press — but the resulting publicity did his career no harm at all. After he was drafted and did his service in the US army, without complaint or favors, opinion about him in the press began to change, and on his return his new, mature style helped him to reach an even wider audience.

Not content with being perhaps the world's most popular singer, he also moved into acting and soon took Hollywood by storm. During his career he made 31 movies — all of which were a success at the box office — and in the middle of the 1960s he was the highest-paid actor in Hollywood. After he returned to the concert stage in the 1970s his shows in Las Vegas were legendary, and he was soon dubbed the `World's Greatest Entertainer'.

Elvis Presley: Unseen Archives charts the fascinating life of Elvis, right from his humble beginnings to his tragic death as a superstar and its aftermath. The exciting collection of photographs featured not only show him performing, but also include candid shots documenting his private life and a comprehensive selection of stills taken during the making of his movies.

Many of the photographs are not clearly dated in the archives, but in this book they have been carefully placed in context with what was happening in his career at around the time they were taken. The pictures are accompanied by detailed and perceptive captions, which give a rounded portrait of the world's most famous singer. Elvis Presley was a phenomenon and his legacy continues to captivate people even today — the King may be dead, but his memory lingers on.