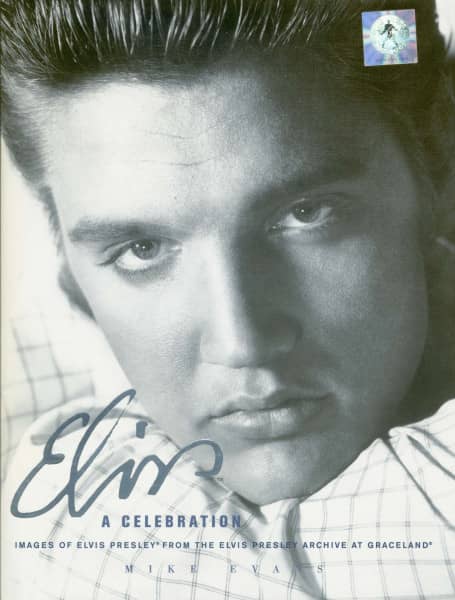 Elvis is the greatest cultural force in the 20th century. He introduced the beat to everything, music, language, clothes, it's a whole new social revolution" - Leonard Bernstein OK, so that was going too far. The man who conducted the New York Philharmonic and composed the music for West Side Story should have known better. Elvis simply didn't 'introduce the beat to everything: but he was the first to acknowledge the roots of his music in blues, gospel, country, and all the other rhythmically based popular music that America had created through the first half of the 20th century. Likewise, the jive-talk language and sharp clothes that were adopted by Elvis and other early rock'n'rollers - and soon taken up by the newly identified generation of "teenagers" - weren't invented overnight, but had their basis in the be-bop slang and zoot-suit fashions of big city jazz musicians in the 1940s.

Having said that, Bernstein was right about Elvis being an incalculable cultural force. It's hard now to appreciate the total impact Elvis had on what we loosely call popular culture, that melting pot of music, art, literature, attitudes, and manners that found its most vital catalyst and instigator for change in the America of the last century. And, like Louis Armstrong, Jackson Pollock, Scott Fitzgerald, cowboy films and boogie woogie, Elvis and his music were uniquely American; it just wouldn't have happened, couldn't have happened, anywhere else. In that media-driven century that has so recently come to a close, the century of the photograph, motion pictures, and television as well as records and radio, image was all important. The visual record of people and events that burned onto the mass consciousness was more potent than newsprint, more memorable even than the intimate voices of radio pioneers who gave us history as it happened over the airwaves.

When his music exploded on an unsuspecting world in the early weeks of 1956, the first impression most people got of Elvis Presley, other than the almost hypnotic atmosphere of "Heartbreak Hotel", were the black-and-white photographs of the "Hillbilly Cat" in action. And in many ways the still camera, creating innumerable images frozen for all time, was the medium that defined Elvis as icon throughout the rest of his life. From the image that for millions was the first glimpse of Elvis, mouth open, legs apart it was clear that here was something different. Was he playing that guitar, or making love to it? Those trousers looked like they were going to split at any moment! Was he singing, or shouting? Was this a musical performance or some act of defiant celebration? Actually it was both — when that picture swiftly found its way around the world, the lines were drawn. Things were never going to be the same again.

The early television appearances, beamed coast to coast across a stunned-into-silence America, certainly upset a lot of adult folk, and got the youngters on their toes, but these were mere flickering box-in-the-corner images compared to the real thing. Curiously, the combination of the records themselves and an increasing flood of photographs was far more potent propaganda for the rock'n'roll revolution. RCA Records soon caught on to this. Every new signing to the label would have the obligatory picture session for publicity purposes, but from the start they sensed that this kid from Tennessee looked different. The first time he hit their studios in New York City, there was a photoshoot that revealed the strange beauty of the guy, looking into that big black microphone like a million females would want him to look at them.

From Arkansas to Australia. bedroom walls were soon covered with that look. Wallpaper manufacturers, along with big band crooners, righteous preachers, teachers, and parents, held up their hands in horror. Compared to TV, still in its infancy, the films were a different matter. Here was a chance for the mass of people, in and outside the US, to see him move for the first time. But his first film, Love Me Tender, was in truth something of an anti-climax as far as seeing the real Elvis was concerned. He played his part convincingly, and brought tears to the eyes of fans when he died at the end, but it was a never-ending chronicle of photographs that recorded the phenomenon that was barnstorming across America in the wildest series of live performances ever seen in the history of show business. On stage, backstage, on trains, in hotel rooms, signing autographs, eating in diners, meeting the press, sitting exhausted with just his thoughts; we see more of the true Elvis in moments captured by photographers, photojournalists, and fans than in all his Hollywood output played end to end. Possibly the most memorable visual set-piece in any of his films, the title song sequence in Jailhouse Rock, was only truly rendered an icon in the still images that were subsequently reproduced forever after.

Even during the mid-Sixties, the so-called "movie years" of Elvis' career, when his professional activity was restricted to the relative privacy of recording and film studios, the photographers' zoom lenses and flashguns were omnipresent, reporting Elvis' every move possible, public or private. Elvis' private life was in danger of becoming public property by virtue of his absolute fame...