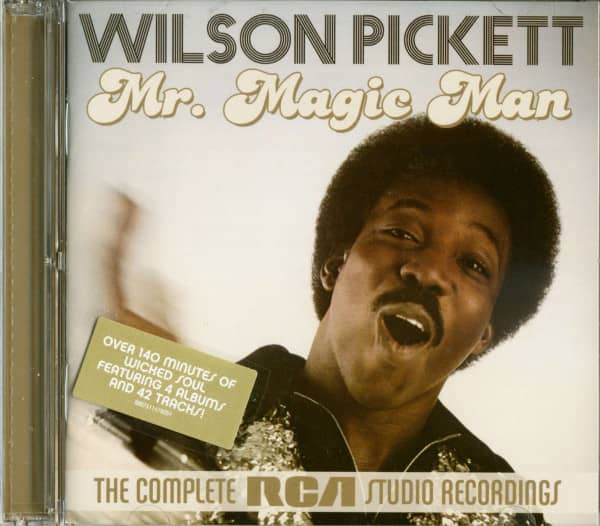 In The Midnight Hour

In The Midnight Hour

Although Atlantic Records had produced a Solomon Burke cover of his impassioned If You Need Me that outsold his Detroit-cut original for Lloyd Price and Harold Logan's Double-L label (see 'Sweet Soul Music 1963' for the full story), Wilson Pickett gravitated to Atlantic honcho Jerry Wexler's desk when his Double-L contract expired. He'd nailed a sizable hit for Price's firm with his searing soul ballad It's Too Late three months after the head-to-head battle over If You Need Me.

Wilson brought a finished master of I'm Gonna Cry with him, but neither that torrid rocker nor Come Home Baby, an over-produced ballad done in New York, made any chart inroads for the Prattville, Alabama-born soul screamer. Atlantic had entered into a profitable distribution deal with Stax Records in Memphis, and Jerry decided to escort Wilson down there to cut with The MG's, the label's resident rhythm section. Their guitarist Steve Cropper was entrusted with rounding up material.

"I didn't know who he was," says Cropper. "I knew he was in The Falcons, and he had sang some church stuff. So we got in the record shop and started trying to find stuff that this guy Wilson Pickett sang on. I had no idea. Jerry Wexler called and said, 'I'm bringing down this artist, and I know you guys would be great for him. Cropper, I want you to work with him and set him up, introduce him to the band!'" Steve dug into the racks at the Satellite Record Shop, conveniently located in the Stax/Volt complex and operated by label co-owner Estelle Axton. "So he was singing this gospel song: 'I'm gonna wait 'til the midnight hour, gonna see my Jesus in the midnight hour. Whoa, in the midnight hour!' Anyway, he had an idea too, and we finished that song."

Besides the fat-toned horns and Pickett's gutsy screams, one of Midnight Hour's defining traits was its delayed backbeat, the result of Wexler demonstrating a new dance. "Jerry was doing the Jerk in the studio, and I think that's where the delayed two and the four came from Al (Jackson, Jr.) a little bit on 'In The Midnight Hour,'" says bassist Duck Dunn. "Jerry was telling us about this dance that was going around up in New York City, and he got to doing it there in the studio. And then Al started playing the drums with it. Every time Jerry would throw his arms, Al would hit the snare drum. It kind of became a signature thing of Al's too, delaying that two and four." Midnight Hour paced the R&B hit parade and went to #21 pop. Cut that same day was Don't Fight It, his next big one;Memphis had cured Pickett's hit drought. 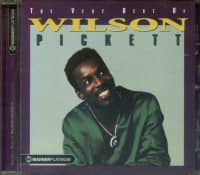 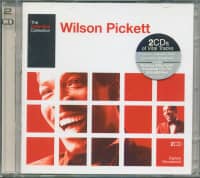 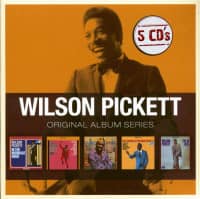 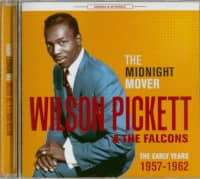